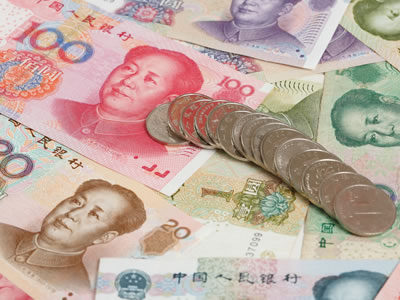 A/Professor Stacey Steele speaks to Mr Yang Zhang about the Chinese Government’s response to COVID-19 from an insolvency law perspective. A/Professor Steele is Associate Director (Japan) of the Asian Law Centre and Mr Zhang is a Visiting Research Scholar at the Centre and PhD candidate at Wuhan University Law School.

Stacey Steele (SS): Mr Zhang, thank you for taking the time to speak to us about the response to COVID-19 from an insolvency law perspective in China.

Zhang Yang (YZ): It is my pleasure. I also enjoyed our recent discussion about insolvency law responses in other jurisdictions and hope that the experience in China can help inform other countries too. As you know, China’s current Enterprise Bankruptcy Law became effective in 2007 and the Government has focused on this area of law closely over the last two decades. However, there is still no personal bankruptcy law in China. Some local legislatures in China’s more economically developed areas are actively advancing the formulation of personal bankruptcy regulations. For example, on 2 June 2020, the Standing Committee of the Shenzhen Municipal People’s Congress issued an announcement regarding the “Shenzhen Special Economic Zone Personal Bankruptcy Regulations (Consultation Draft)”( 《深圳经济特区个人破产条例（征求意见稿）》), with a view to ‘promoting the economic revival of honest debtors’.

SS: We know that many countries have been struggling with the economic impact of COVID-19 globally. Has there been an increase in formal insolvency filings in China as a result of COVID-19?

YZ: According to the statistical analysis of relevant media on the National Enterprise Bankruptcy Information Disclosure Platform (全国企业破产重整案件信息网), 713 cases relating to bankruptcy were filed in the first four months of 2020. Affected by the COVID-19 epidemic, the number of filings has increased by 34.78% over the same period last year. In particular, the number of bankruptcy filings in April reached 345, an increase of nearly 143% year-on-year.

SS: It’s interesting to know that formal filings have increased in China. In Australia, we have seen a decrease in the numbers of external administrations whilst the Government support measures have been in place. Those measures include temporary amendments to insolvency laws. What measures has the Central Government or other institutions in China taken to combat these problems from an insolvency law perspective?

YZ: Unlike the Australian Government's amendments to the Corporations Act, the Central Government in China has not proposed an amendment to the Enterprise Bankruptcy Law itself in response to COVID-19. However, the Supreme People’s Court of China has provided guidance to practitioners and courts by publishing so-called typical cases (全国法院服务保障疫情防控期间复工复产民商事典型案例（第二批）) relating to insolvency during COVID-19.

SS: Interesting. I know that the Court often uses typical cases to provide guidance in sectors of the economy or areas of law where it sees a particular need for consistency and development in legal thinking, so it’s not surprising that the Court has published this guidance now. The cases will form important precedents and an indication of the Court’s thinking. Please tell us more about these published cases.

YZ: Of course. Eight typical insolvency cases were issued on 31 March 2020. The Court published them directly in the ‘Typical Case Area’ of the ‘Court Information’ section of the Supreme People’s Court’s official website. This method is one of three ways to publish typical cases. A second arrangement is for the Court to publish cases through the Supreme People’s Court Bulletin (《最高人民法院公告》). A third way is to publish cases via an official notice sent to lower courts from the Supreme People’s Court. Considering the convenience of web-based publishing and the need for speed in publishing these 8 cases, it’s not surprising that the Court chose to post the cases on its dedicated website. In fact, such posting has become the mainstream model for posting in recent years.

These 8 insolvency cases relate to resuming work and resuming production during the prevention and control of epidemic situations in court services across the country. This batch of typical cases has two characteristics worth commenting on.

First, the result of the 8 cases is instructive: 5 companies were reorganized (重整), 1 company was liquidated (清算), 1 ended up in a compromise with creditors (和解), and 1 was dealt with by the execution-to-bankruptcy procedure (执行转破产). It is the first time that all of the kinds of mechanisms available under the Enterprise Bankruptcy Law have been fully applied in one batch of typical cases published by the Supreme Court of China. The approach reflects the diversity and flexibility of the judicial bankruptcy proceedings in use during the epidemic. Second, of the 8 cases, 7 cases adopted rescue-based measures. In other words, although the full gamut of potential proceedings are evidenced in the published typical cases, the preference for restructuring and rescuing financially distressed companies is clear. Let me share a summary of the cases with you for publication (see Table 1).

SS: It’s interesting that the cases appear to involve particular types of industries and sectors…

YZ: Yes. The products made by these enterprises involved masks (case 2, 7, 8), disinfectants (case 3, 6), medical substances (case 7) or other necessities for people’s livelihoods (case 1, 4, 5). This selection suggests to me that the highest court in China, the Supreme People’s Court, is indicating that, during the epidemic, priority should be given to companies involved in the prevention and control of the epidemic. This approach is consistent with the basic attitude of looking to rescue them as well.

SS: We also know that many Chinese courts are becoming very sophisticated in their use of technology when it comes to insolvency. Were the courts able to operate during the worst period of the pandemic by using technology for hearings and filings?

YZ: You raise an important issue for insolvency matters globally. The epidemic has indeed affected the work of the courts in China. For example, starting from early February this year, most courts, including the Supreme People’s Court, have closed on-site litigation proceedings. However, the impact of these closures has actually not been too serious in practice for insolvency cases. On the basis of the continuous construction and application of the Chinese judicial system in the past few years, bankruptcy cases can be tried by remote network court hearings (远程开庭), online filing (网上立案), mobile micro-app courts (移动微法院), and “cloud enforcement” (云执行). In order to reduce the impact of the epidemic on trial work, on 17 February 2020, the Supreme People’s Court of China issued the “Notice of Promoting the Trial and Execution during the Prevention and Control of New Coronavirus Infection Pneumonia” (《切实做好防控新型冠状病毒感染肺炎疫情期间审判执行工作的通知》). The Notice stated that for court hearings, if the relevant conditions (such as technology, internet, experienced judges) are met, the trial in the form of video would be encouraged.

SS: Apart from typical cases, has the Chinese Supreme People’s Court implemented other measures to guide the trial of bankruptcy cases during this epidemic?

YZ: Yes, besides the 8 typical cases, the highest judicial entity in China also issued a judicial document on 15 May 2020, namely “Several Guiding Opinions regarding the Proper Trial of Civil Cases Involving New Coronary Pneumonia Epidemic Cases (II)”(《关于依法妥善审理涉新冠肺炎疫情民事案件若干问题的指导意见（二）》), instructing people’s courts at all levels on trying civil cases involving contracts, finances, and bankruptcies. This document has a total of 23 articles, of which 7 are related to bankruptcy cases (Articles 17-23). Let me share a core summary of the contents relating to bankruptcy (See Table 2).

Table 2: The articles in connection with the trial of bankruptcy cases issued on 15 May 2020

SS: Mr Zhang, thank you very much for your insights into the response to COVID-19 from an insolvency law perspective. We hope to hear from you again in the future and wish you all the best with your PhD studies.

*Mr Zhang Yang is a Visiting Research Scholar at the Asian Law Centre and PhD candidate at Wuhan University Law School.  Associate Professor Stacey Steele is Associate Director (Japan) at the Asian Law Centre, Melbourne Law School.
**  This discussion reflects the personal opinions of the participants. Statements do not represent the views or policies of their employers, past or present, or any other organisation with which either of them are affiliated.