The ALC is delighted to congratulate Andrew Godwin and Amanda Whiting on their recent promotion as Associate Professors at MLS. 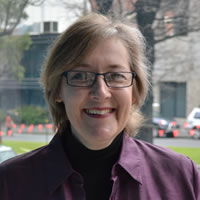 Amanda, Associate Director (Malaysia), conducts research on human rights institutions and practices in the Asia-Pacific, gender and religion issues, Malaysian legal history and the role of lawyers as agents of civil society. Amanda held and an Australian Research Council Post-doctoral Fellowship for the project ‘Lawyers, Civil Society and the State in Post-colonial Malaysia’ between 2009 and 2012. 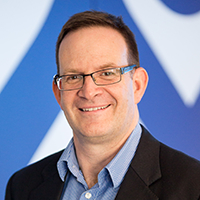 Andrew was appointed as Associate Director (Asian Commercial Law) in 2008 when he joined MLS. Andrew also directs the MLS’ Transactional Law Initiative. Andrew spent 10 of his 20 years of legal practice as a resident in Shanghai, including as Chief Representative and partner with Linklaters. His chief areas of research are financial regulation and regulation of the profession.

Economic and Business Law in Asia, and Law and Legal Practice in Asia The second Asia-focussed travelling subject, Economic and Business Law in Asia, has just been run in Shanghai and Hong Kong by Andrew Godwin and Hop Dang, Partner, Allens based in Hanoi. This year 22 students have spent a week at Shanghai Jiao Tong University followed by 3 days in Hong Kong based at Hong Kong University. In each city students have visited firms and regulatory institutions.

We again ran Law and Legal Practice in Asia (Delhi) with 8 students living and working in Delhi for the month of July, preceded by classes on the Indian legal system. This year Dr Anup Surendranath from National Law University Delhi co-taught the subject with me.

In 2017, the ALC will participate in a range of conferences. In March 2017, the Ho Chi Minh City University of Law will convene ‘Comparative Death Penalty in Asia’. This forum proceeds with the support of the ALC and the Australian Government (through the human rights grants scheme administered by the Australian Human Rights Commission).   In April, Stacey Steele will host a round table taking ‘Death Penalty, Prosecution and Detention in Japan’ as its focus.

In February 2017, we will welcome students from Chuo and Keio universities in Japan for a two-week summer school taught at MLS. Tim Lindsey and Pip Nicholson’s monograph, Drugs Law and Legal Practice in Southeast Asia: ‪‎Indonesia, ‪Singapore and ‪Vietnam (Hart 2016) was launched by Michael O’Connell S.C. In his remarks, Mr O’Connell, a leading member of the criminal bar in Victoria and one of Chan and Sukumaran’s legal team, noted the critical part the publication would play in advising Australians charged with drug offences in the region.

Recognition of Judge Pamela Jenkins of the County Court of Victoria

In November this year we held a dinner in honour of Judge Pamela Jenkins of the County Court of Victoria. For over a decade, Judge Jenkins has worked tirelessly to advance the cooperation between District Court judges from Japan and Korea who visit the ALC on year-long programs funded by their governments.

This year we have also seen the MLS Juris Doctor recognised by the Indian Bar Council as a pathway leading to admission to practice in India.

Best Wishes for the Festive Season and 2017

Finally, I hope you will find time to holiday with family and friends over the December - January period. If looking for some excellent reading, let me recommend two Pulitzer prize-winning novels: The Orphan Master’s Son (Adam Johnson - 2012) and The Sympathizer (Viet Thanh Nguyen - 2016). Each offers an epic tale, focussing on North Korea and Vietnam respectively. These authors have drawn on history, including oral history, to inform the profound moral dilemmas faced by their protagonists.

As always, the ALC is indebted to its staff, colleagues, friends and students for their support.

We wish you all a safe and happy festive season, and best wishes for the New Year.