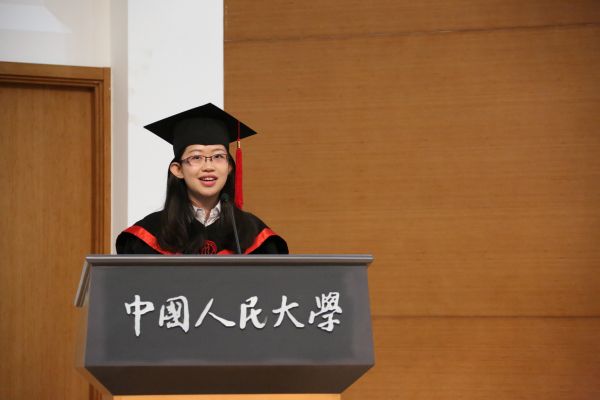 Born in the most populated nation, and the most rapidly-changing nation in the world, I, for a long time, believed that I was unimportant and that I could not do much to make my country a better place. However, when I entered college and studied sociology, I started to realise that there were so many things I could do. I participated in more than ten sociological research programs, and became skilful in qualitative and quantitative study on different dimensions of the society. But then I started to question the meaning of all the survey data and research results - how could I help to improve it? Sociology could not give me a good answer. I became interested in common law when I undertook a summer exchange in 2014 to Yale University and began to pursue the answer from a legal perspective. I self-taught myself Chinese law for two months and passed the Chinese Bar Exam in September 2015, after which I was admitted to Melbourne Law School.

I came to Melbourne Law School with a continuing passion of common law and law itself. So far, to be frank, I don’t have a deep understanding of law, but my pursuits to find a good answer are continuing. Gradually, the question is changing from 'how can I make China a better place?' into 'how can I make Asia a better place?'. Noticing the increasing connections between China and Australia, and other countries in Asia, I believe I will be able to answer these questions later on - maybe after many, many years or maybe after just a few years.

I am very grateful to receive this scholarship as a starting point, from which I will have the opportunity to learn more about Japan and other Asian countries, both their law and their societies.