Despite its overwhelmingly Muslim majority, Indonesia has always been seen as exceptional for its diversity and pluralism. In recent years, however, there has been a rise in "majoritarianism", with resurgent Islamist groups pushing hard to impose conservative values on public life – in many cases with considerable success. This has sparked growing fears for the future of basic human rights, and, in particular, the rights of women and sexual and ethnic minority groups. There have, in fact, been more prosecutions of unorthodox religious groups since the fall of Soeharto in 1998 than there were under the three decades of his authoritarian rule. Some Indonesians even feel that the pluralism they thought was constitutionally guaranteed by the national ideology, the Pancasila, is now under threat. 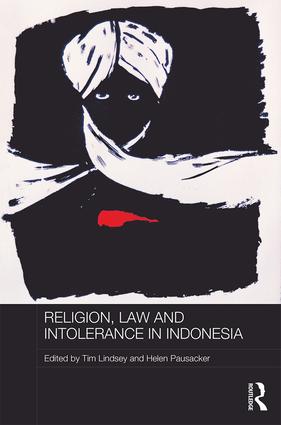 This book contains essays exploring these issues by prominent scholars, lawyers and activists from within Indonesia and beyond, offering detailed accounts of the political and legal implications of rising resurgent Islamism in Indonesia. Examining particular cases of intolerance and violence against minorities, it also provides an account of the responses offered by a weak state that now seems too often unwilling to intervene to protect vulnerable minorities against rising religious intolerance.

Blasphemy, Islam and the State: Pluralism and Liberalism in Indonesia, by Dr Stewart Fenwick

This book draws on the work of Rawls to explore the interaction between faith, law and the right to religious freedom in post-Soeharto Indonesia, the world’s largest democracy after India and the United States. It argues that enforcement of Islamic principles by the state is inconsistent with religious diversity and the country’s liberal constitution. 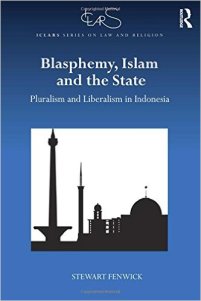 The book thus contributes to understanding the role of religion in the development of democracy in the world’s largest Muslim nation. A key objective is to test the argument that Rawls’ thinking about public reason cannot apply to the case of Indonesia, and Muslim states more broadly. The book therefore contributes to emerging scholarship that considers Rawls in a Muslim context. In addition to examining public reason in detail and considering critiques of the concept, the work highlights the fact that the theory was created to deal with value pluralism and is therefore relevant in any religious setting, including an Islamic one. In doing so, it emphasises that Islam is multifaceted and demonstrates the difficulties, and negative consequences, of integrating faith and law in a liberal state.

Dr Stewart Fenwick is a former PhD Candidate of the ALC and Centre for Indonesian Law, Islam and Society (CILIS). Stewart currently works in Sydney at the Federal Circuit Court of Australia.  He is an Associate of CILIS, and an Honorary Professor of the Institute for Religion, Politics & Society at the Australian Catholic University.