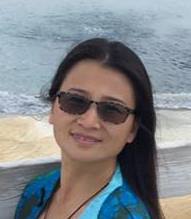 Professor Xie Chuanyu from Chinese People's Public Security University (CPPSU) visited the ALC under the International Research Visitors Scheme in July 2016. She has written two of the most authoritative works on administrative punishment powers and the system of sanctioning in China: On the Sanction System of Offence (Law Press of China, 2013) and An Introduction to China's Administrative Police Measures, (Publishing Company of People's Public Security University of China, 2001).

During her time in Melbourne, Professor Xie collaborated with Sarah Biddulph on comparative analysis of the use of summary procedure in dealing with minor crime, and visited the Magistrates' Court of Victoria. Professor Keiji Kawai visited the ALC in August 2016 under the MLS International Research Visitors Scheme. Professor Kawai is a highly regarded sports law and policy specialist, and is published widely. His book on the legal status of professional baseball league players in Japan has been translated into Korean

Professor Kawai undertook two major research projects during his visit. Firstly, he focussed on Australia’s professional league management. He researched the impact of the salary cap in each of Australia’s professional leagues, international co-operation of associations such as FIFPro and its influence on domestic professional leagues, and the position of players associations on doping regulations and their approach to ensuring integrity in sports gambling. Professor Kawai surveyed the secretariat and players associations of Australian Football League (AFL), League Rugby (LRL), Union Rugby (ARU), and Soccer (FFA). In particular, he surveyed the AFL teams of Brisbane Lions, Gold Coast Queens, Melbourne Blues and Melbourne Magistrate.

Professor Kawai will also contribute a chapter to a book on sports law and integrity co-edited by Stacey Steele and Hayden Opie. The book will examine match-fixing, focusing on Australia, Japan and South Korea to achieve a great understanding of the issue and the current level of legal responses in these key Asian sporting nations. Professor Kawai’s involvement will be integral to this project, providing cultural and social interpretations of match-fixing in Japanese sport. The final manuscript of the book is expected to be completed by the end of 2016.

In May, the Asian Law Centre welcomed Associate Professor He Weidong from the Law Institute at the Shanghai Academy of Social Sciences. Associate Professor He has been collaborating with Sarah Biddulph on a large, multi-year project looking at the ways international trade and human rights agreements and norms are given form in domestic regulatory environments. They are working on a project that explores the ways principles of transparency and accountability are given form in the law and practice of the compulsory acquisition of housing in Shanghai. Whilst at the Asian Law Centre, Associate Professor He also met with colleagues working in the area of environmental law, his other area of research interest and specialisation.