Professor Pip Nicholson and Professor Tim Lindsey have recently published a book with Bloomsbury on drugs law and legal practice in Southeast Asia.

These jurisdictions represent a spectrum of approaches to drug regulation in Southeast Asia, highlighting differences in practice between civil and common law countries, and between liberal and authoritarian states. Professor Sarah Biddulph, together with Flora Sapio, Susan Trevaskes and Elisa Nesossi, have edited a collection on justice in China.

Claims about a pursuit of justice weave through all periods of China's modern history. But what do authorities mean when they refer to 'justice' and do Chinese citizens interpret justice in the same way as their leaders? This book explores how certain ideas about justice have come to be dominant in Chinese polity and society and how some conceptions of justice have been rendered more powerful and legitimate than others. This book's focus on 'how' justice works incorporates a concern about the processes that lead to the making, un-making and re-making of distinct conceptions of justice. Investigating the processes and frameworks through which certain ideas about justice have come to the political and social forefront in China today, this innovative work explains how these ideas are articulated through spoken performances and written expression by both the party-state and its citizenry. 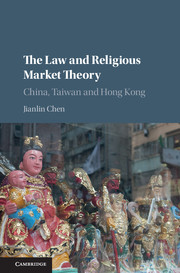 Associate Professor Jianlin Chen has recently published a book with Cambridge University Press on 'The Law and Religious Market Theory'.  This book will be launched at an ALC event in 2018.

With comparative case studies from China, Taiwan and Hong Kong, Jianlin Chen's new work offers a fresh, descriptive and normative perspective on law and religion. This presentation of the original law and religious market theory employs an interdisciplinary approach that sheds light on this subject for scholars in legal and sociological disciplines. It sets out the precise nature of religious competition envisaged by the current legal regimes in the three jurisdictions and analyses how certain restrictions on religious practices may facilitate normatively desirable market dynamics. This updated and invaluable resource provides a new and insightful investigation into this fascinating area of law and religion in Greater China today.

Match-fixing in Sport: Comparative Studies from Australia, Japan, Korea and Beyond 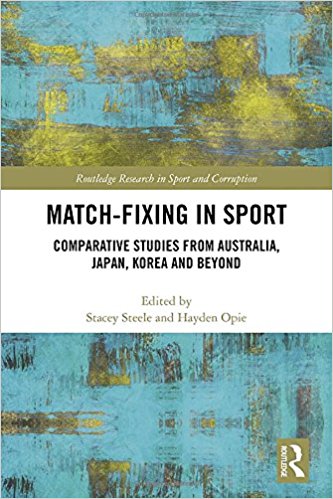 Associate Professor Stacey Steele and Mr Hayden Opie have recently published an edited book with Routledge on match-fixing in sport, focussing on Australia, Japan and Korea.

Match-fixing represents a greater potential threat to the integrity of sport than doping. It has been linked to organised crime, illegal drugs and money-laundering. Law enforcement and sporting authorities are struggling to establish legal and regulatory responses to this emerging threat, particularly in light of cross-border internet gambling. This book examines match-fixing and the legal responses to it in three key Asian sporting nations: Australia, Japan and Korea. It explores the significance of legal, regulatory and cultural differences, and draws lessons in terms of best practice and enforcement for legal and sporting authorities around the world. Including key insights from players, the betting industry, law enforcement and prosecution authorities, it discusses the strengths and weakness of current anti-corruption strategies in the three jurisdictions. Match-Fixing in Sport: Comparative Studies from Australia, Japan, Korea and Beyond offers important insights for all students and scholars with an interest in sport studies, law, criminology and Asian studies.

The Political Economy of Competition Law in China Dr Wendy Ng will soon publish a book with Cambridge University Press on the same topic as her PhD thesis, which was awarded the Chancellor’s Prize for Excellence in the PhD Thesis and the Harold Luntz Graduate Research Prize for Best PhD Thesis. Her book will be launched at an ALC event in early 2018.

The Political Economy of Competition Law in China provides a unique perspective of China's competition law that is situated within its legal, institutional, economic, and political contexts. Adopting a framework that focuses on key stakeholders and the relevant governance and policy environment, and drawing upon stakeholder interviews, case studies, and doctrinal analysis, this book examines China's anti-monopoly law in the context of the political economy from which it emerged and in which it is now enforced. It explains the legal and economic reasoning used by Chinese competition authorities in interpreting and applying the anti-monopoly law, and offers valuable and novel insights into the processes and dynamics of law- and decision-making under that law. This book will interest scholars of competition law and professionals advising clients that operate in China, as well as scholars of Chinese law, Asian law, comparative law, and political and social science. 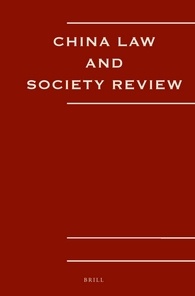 This paper reviews current criminal justice reforms that have been initiated in recent years under the governance platform Governing the Nation in Accordance with the Law [yifa zhiguo]. These initiatives are helping to reframe criminal justice processes to correspond with the broad governance intentions of President Xi Jinping: finessing center-local power relations, making the authorities in the justice system more accountable for their decision-making, and improving procedures that aim to bring about greater fairness and efficiency. It examines these ongoing reforms in two main areas: the handling of minor crimes and the punishment of serious offenses. It finds that yifa zhiguo and the reforms made in its name continue to reflect a highly legalist and instrumentalist vision of law whose goal is to enhance Party-state governance to control dissent and crime more effectively through criminal law, to enhance politico-legal institutional credibility, and, ultimately, to sustain Party supremacy and social stability.

Detention and Its Reforms in the PRC (with Elisa Nesossi, Flora Sapio and Susan Trevaskes)

This article reviews forms of detention and their reforms in the People’s Republic of China ( PRC ). It examines the changing scope and uses of both administrative and criminal detention powers in the reform period and the impact of changing politics, ideology, and law in reform of both detention powers and institutions. In Part 1, it focuses on the continuities and discontinuities in the ideology of punishment, the perceived role and uses of detention in shaping society and in social control. In Part 2, it explores the factors relevant to the reform or abolition of range of administrative detention powers. This article seeks to understand how reforms have occurred, where they have stalled and where they are now possible. It asks how relevant these considerations are to the reform of criminal detention powers and finds some distinctive features, not least of which is the comparative rigidity brought about by legal codification. The paper also notes that reform to some administrative detention powers has been accompanied by an expansion in the criminal justice system. The analysis illustrates that not only is there a wide range of people that the Party-state considers deserve to be placed outside of society, but also that in contemporary China detention is still considered to be a very useful form of social management and control. The latest issue of the 'Australian Journal of Asian Law' (Volume 18, Number 1) is now available online.