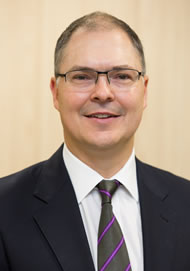 Congratulations to Dr Stewart Fenwick, who has been awarded the 2015 Harold Luntz Graduate Research Thesis Prize.  This prize is awarded annually to the Melbourne Law School graduate research student judged to have presented the best thesis in the previous year, provided that the nominee meets an overall level of excellence required for the award. It is named for Emeritus Professor Harold Luntz, a world expert on torts law and a former dean and professor at Melbourne Law School.

Dr Fenwick was supervised by Professors Tim Lindsey, Carolyn Evans and Abdullah Saeed. The topic of his thesis was Is Rawlsian liberalism compatible with Islam? A case study of post-Soeharto Indonesia.

Dr Fenwick has written an outstanding thesis drawing on a particular focus on the management of deviant Islamic religious thought. His research has had, and continues to have, a considerable impact both within and beyond academic circles.

The selection committee found that the thesis, Is Rawlsian liberalism compatible with Islam? A case study of post-Soeharto Indonesia, was meticulously researched and of a very high standard. It is based on extensive and extremely difficult fieldwork conducted in Indonesia, in a second language, on blasphemy, a topic of high social and political sensitivity in that country.

Dr Stewart Fenwick is the Director of Administration in the Federal Circuit Court of Australia. In 2015, Dr Fenwick was appointed Honorary Professor in the newly established Institute for Religion, Politics and Society, Australian Catholic University, in recognition of his research and publishing record, including in particular his thesis.  He is an Associate of the Centre for Indonesian Law, Islam and Society. 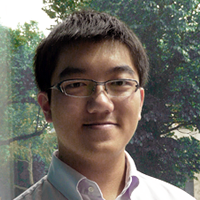 Congratulations to Mr Chenjie Ma, who has recently accepted a position as Associate for the Hon. Justice Cameron at the Supreme Court of Victoria.

Chenjie has been working for the ALC as a Research Assistant since 2012, primarily on China-related projects for Professor Sarah Biddulph and Mr Andrew Godwin.  He has also assisted with the the China Common Law Program of the Melbourne Law School, which is jointly taught in China with the University of Oxford and the National University of Singapore.