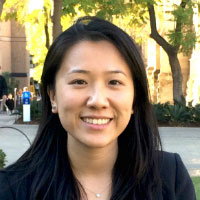 Wendy is a Lecturer at Melbourne Law School and a member of the Competition Law and Economics Network. She researches on competition law, focusing on China, law and development, and political economy issues.

Wendy has a LLB (Hons 1st class, Melbourne), BCom (Melbourne), LLM (Columbia), and PhD (Melbourne). Her PhD thesis was awarded the Chancellor’s Prize for Excellence in the PhD Thesis and the Harold Luntz Graduate Research Prize for Best PhD Thesis. A book based on her thesis will be published by Cambridge University Press. Her paper on the independence of Chinese competition authorities and the impact on enforcement was recently awarded the 2015 Gaire Blunt Scholarship from the Business Law Section of the Law Council of Australia. She was a recipient of the Prime Minister’s Australia Asia Award in 2012.

Prior to joining Melbourne Law School, Wendy worked as a lawyer at leading commercial law firms in Melbourne and New York and as a lecturer at the University of Adelaide. In 2014–2015, she worked with the Australian Competition and Consumer Commission to deliver competition law and policy capacity building workshops in Lao PDR, Cambodia, and Myanmar. She is currently an editor of the China Competition Bulletin.