Professor Denny Indrayana has recently arrived in Melbourne, and will be a Professorial Fellow at Melbourne Law School and the Faculty of Arts until the end of 2016. The role requires engagement in both teaching and research activities within both faculties and the delivery of multiple seminars and lectures alongside other academics.

Professor Denny Indrayana, who received his PhD from the University of Melbourne Law School, is a passionate and internationally recognised anti-corruption campaigner who has played a leading role in law reform efforts in his own country. Before being sworn in as Vice Minister of Law and Human Rights of the Republic of Indonesia, Professor Indrayana was a Special Advisor for Legal Affairs, Human Rights and Anticorruption to President Susilo Bambang Yudhoyono, Chairman of the Centre for the Study of Anti-Corruption in the Faculty of Law at Gadjah Mada University, and directed the Indonesian Court Monitoring NGO. In 2009, Professor Indrayana was awarded the prestigious Australian Alumni Award for his significant contribution to Indonesian society. Professor Indrayana is also a well-known and influential author who has written hundreds of articles and books, including Indonesian Constitutional Reform 1999–2002, An Evaluation of Constitution Making in Transition (2008) and most recently, Cerita di Balik Berita: Jihad Melawan Mafia (The Story behind the News: Crusade against the Mafia).

Farewell to Japanese and Korean Visitors 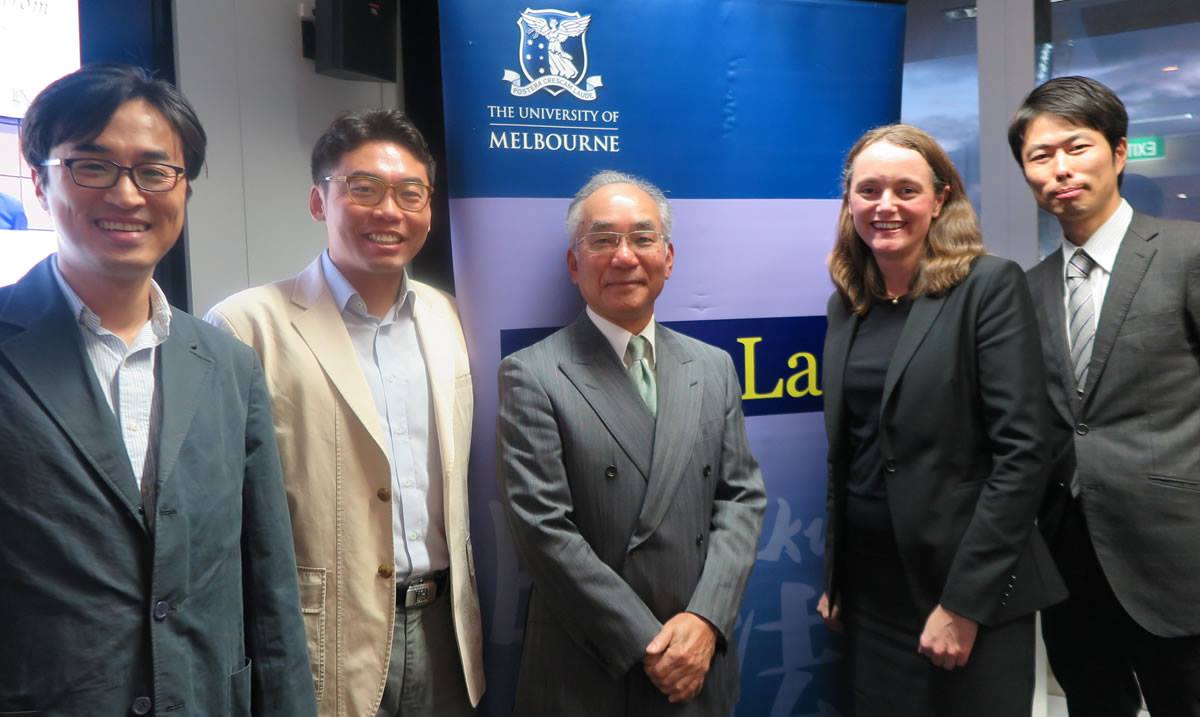 At the ALC's recent Farewell for these visitors, they discussed the differences between the Australian legal system and their own legal systems. In reflecting on memorable Australian cases, the Mabo decision and the Lindy Chamberlain case were mentioned.