Equality's Riddle: Parental Leave Laws and Pregnancy Discrimination Doctrine in the United States and in Australia 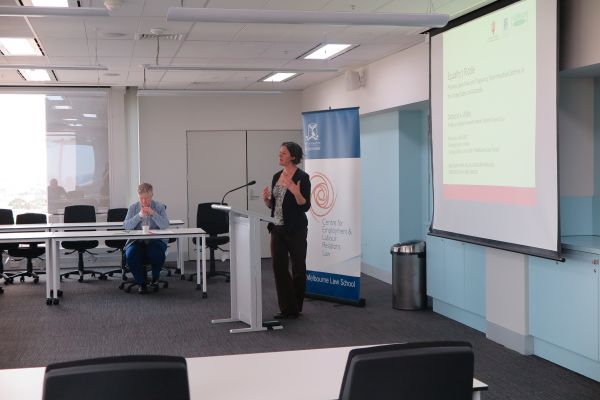 Pregnancy and childbirth - health conditions that only affect women - raise complicated questions under sex discrimination laws. Should employers be specifically required to provide support for pregnant employees and maternity leave? Or does such "special" treatment spur discrimination against women and harmfully reinforce societal norms that women are primarily responsible for caregiving? This conundrum, famously characterised by American advocate Wendy Williams as "equality's riddle", has long been debated by policy makers and courts in both the United States and Australia.

Since the 1970s, the United States has followed an equal treatment approach. U.S. laws provide each parent an equal (but very short) amount of time to bond with a newborn infant, and men have successfully challenged private employer policies that provide more time to new mothers as discriminatory. By contrast, Australia's industrial relations law has historically provided for a much longer period of maternity leave as compared with paternity leave. Even though contemporary law is nominally gender neutral, its structure continues to prioritise women's leave-taking. This seminar will explain how this history has relevance for contemporary litigation challenging discrimination related to parental leave and return to work, as well as efforts to encourage men to take on more caregiving responsibilities and to raise women's level of workforce participation.

Deborah Widiss is a Professor of Law at the Indiana University Maurer School of Law (United States), and a visiting scholar at the Melbourne Law School. She received a Fulbright Senior Scholar grant to conduct research on Australia's paid parental leave policy and other legal supports for employees with family responsibilities. Before transitioning to academia, she was an attorney at a leading women's rights organisation, where she drafted federal and state legislation, represented individual employees, and consulted with employers on the implementation of family-friendly policies. Professor Widiss received a J.D. and a B.A. from Yale University.