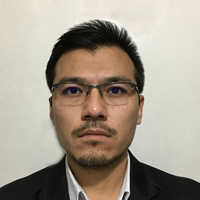 Anti-Modernist Islam? Women’s Rights in Afghanistan and the Taliban

I am Murtaza Mohiqi a member of the Department of Private Law in the Faculty of Law at Gharjistan University (Afghanistan). I am a Lawyer, Legal columnist and Researcher with over ten years of experience in human rights, gender, and digital rights working in Afghanistan and Iran. I have been employed as a legal consultant, a human rights researcher, and a law lecturer, and have given guest lectures at the Ferdowsi University of Mashhad. I have previously held positions as a journal editor in several nationally accredited journals, and have published in local and international journals.

Anti-Modernist Islam? Women’s Rights in Afghanistan and the Taliban

Since the Taliban regime ended in 2001, important strides have been made on women’s rights. Despite ongoing conflict, Afghan women have become lawyers, doctors, judges, teachers, engineers, athletes, activists, politicians, journalists, bureaucrats, business owners, police officers, and members of the military, among others. However, the Taliban takeover of Afghanistan has triggered concerns that the group will impose its draconian interpretation of Sunni Islam on women and girls. Women and girls were banned from a whole range of human rights, including the rights to education, health, free movement, and political and social participation under Taliban rule between 1996 and 2001. Quite simply, the Taliban consider themselves to be bound by the Sharia, as they interpret it, not by various agreements under international law. If the Taliban do not alter their repressive policies toward women, an entire gender may disappear as an important part of a nation’s culture.