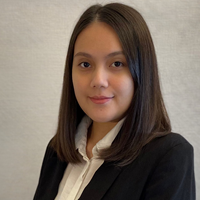 Dissa Julia Paputungan is a PhD Student of Global and Area Studies at the Department of Asian and African Studies, Humboldt University of Berlin. There, she is also part of a research group called SIDIT (Secularity, Islam, and Democracy in Indonesia and Turkey). She received her MA in Political Science: Democratic Governance and Civil Society from Osnabrück University, Germany. Her current PhD research is about intolerance and the role of civil society organizations in the education sector in Indonesia. Her PhD research is funded by the Konrad-Adenauer Foundation. Her research interests include public policy, education, and civil society organization.

After Reformation in 1998, Indonesia was hailed as a model democratic Muslim-majority society. However, recent developments have called this interpretation into question. Scholars have now identified the “conservative turn”, the rise of Islamic populism, and diminishing roles for Islamic organisations as signs of democratic decline. This research aims to contribute to debate on the democratisation process in Indonesia by focusing on the education sector, where the dissemination of Islamic norms is most visible. The analysis focuses on civic and religious education in public schools as well as competition between, and the polarization of, various actors involved in the wider democratic discourse.