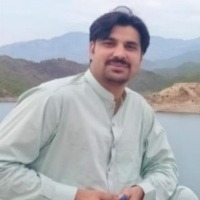 A Genealogy of Sexuality and its Orientation in Different Muslim Dynasties (Turks, Mughals, and Afghans) and in Postcolonial Islamic Pakistan

Alamgir is a PhD Scholar at RMIT University, Melbourne, with a research interest in the field of gender, sexuality, and education. His PhD thesis entitled Khawaja Sara and Hijra: Gender and sexual identity formation in contemporary Pakistan aims to locate the identities of Khawaja Sara and Hijra within pre-colonial, colonial, and post-colonial contexts in order to challenge the ways in which their lives are understood by scholars and policy makers in Pakistan. Alamgir served as an officer in Social Welfare Department Khyber Pukhtunkhawa for 10 years and has a prolific experience of working in the development sector, research, and academia.

A Genealogy of Sexuality and its Orientation in Different Muslim Dynasties (Turks, Mughals, and Afghans) and in Postcolonial Islamic Pakistan

There is evidence that Muslim dynasties (including Turks, Mughals, and Afghan rulers) who ruled the area now known as Pakistan practiced same-sex relationships in the past., even though homosexuality is prohibited in Islam. In my PhD research, I have investigated the concept of sexual orientation in regional Islamic dynasties and then explored the identity formation of a unique group of individuals called hijras and khawaja sara using document analysis and face to face interviews. My findings highlight that concept of Bacha Bazi was very common, with Muslim rulers and other powerful administrators keeping beardless boys as their partners. These boys were known with different names (eunuchs, catamites, sodomites, ghilman and, recently, hijras and khawaja sara) and served as sex slaves in the princely places, but their contemporary identities are now very different to those in the past. Drawing on Foucault’s concept of genealogy, I have explored how the concept of bacha bazi developed from the Ghaznavid empire to the Delhi Sultanate and Mughal harems and then to contemporary Pakistan. .