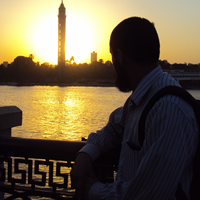 Julio César Cárdenas Arenas is a PhD Candidate in Religious Sciences at the Complutense University of Madrid, Spain.  He is also a MA Candidate in Islamic Culture at the Islamic University of Madinah, Saudi Arabia. His work focuses on comparative theology, medieval philosophy and Semitic philology.

The paper shows the three fundamental processes for the emergence Islamic thought: translation, commentary, and terminological and gnoseological reformulation in which Greek and Eastern Christian thinkers were “Islamized” in their Arabic biographies.