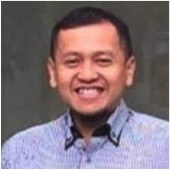 Science and knowledge has always been central and one of ultimate pursuits in Islam. Both in Qur’an and Hadits, studying and acquiring knowledge are deemed compulsory (fardhu ‘ain and fardhu kifayah). Islam scientific civilization peaked during the dark ages in medieval Europe, with the creation of algebra, trigonometry and chemistry. Today, advance technology such as blockchain, artificial intelligence and Internet of Things (IoT) swept over the world, including Islamic populations across countries. How does Islam see this advancement? We are going to look at the case of blockchain implementation in Indonesia - from cryptocurrencies, halal tracing and food system.