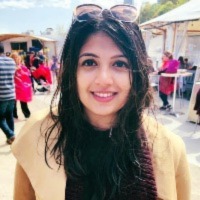 Sunnat Perempuan and the Politics of Assimilation, Acculturation and Belongingness: An Intersectional Analysis of Female Genital Circumcision Among Tamil Muslim Women in Malaysia

Pavithra Nandanan Menon is a 5th-year Ph.D. scholar in the Comparative Asian Studies Programme, in the Department of South East Asian Studies at the National University of Singapore. Prior to joining NUS, she worked as a consultant in Mumbai for KPMG, India (2016-18), providing technical assistance to the Department of Social Justice and Special Assistance of the Government of Maharashtra. She also holds an MA in English literature from St Teresa’s College-Mahatma Gandhi University, Kerala and a MSc in Gender, Development, and Globalization from the London School of Economics and Political Science. Her thematic areas of interest include (but are not limited to) women, peace and security, gender and sexuality, race and religion (currently focusing on Islam), intersectionality, transnationalism and diaspora, gender- responsive education/curricula, and Area Studies. Her latest published work can be found in the Indian journal of Women and Social Change. She has also co-authored a research book on Tamil Catholics in Singapore in the series “Hidden Heritage: Minority South Asian Communities in Singapore" under the NUS South Asian Studies Programme and the India Heritage Centre, Singapore. She currently serves as a Graduate Associate in the Gender and Sexuality Research Cluster in NUS.

Sunnat Perempuan and the Politics of Assimilation, Acculturation and Belongingness: An Intersectional Analysis of Female Genital Circumcision Among Tamil Muslim Women in Malaysia

Tamil Muslims in Malaysia constitute a unique ethnic/racial minority who are descendants of Tamil Muslim immigrants or the children of Tamil Muslim converts who migrated to the Malay peninsula from South India. One of the trends among Muslim minorities in Malaysia are attempts to be “Malayized” or assimilated into the Malay ethnic group by adopting their religion and culture, as they believe doing so also purifies their identity as a Muslim. Tamil Muslim Women in Malaysia have recently adopted female genital cutting/circumcision(FGC) also known as Sunnat Perempuan. This practice, wherein part of the clitoris is removed before the age of two, has become an integral part of Malay Muslim identity as the local cultural interpretation of Islam deems it obligatory. While FGC is unheard of among Tamil Muslim women in India, and among their older generation in Malaysia, it has become a common performance of purification, femininity and modesty, control of sexuality, and assimilation into Malay cultural ideas of being a good Muslim. Through detailed interviews with Tamil Muslim women in Malaysia this paper provides an ethnographic study of FGC using an intersectional lens aiming to bring out the often neglected female standpoint in relation to body and agency.