Though chemicals continue to be released to the environment in large quantities and that they are ubiquitous in air, water and soil, food and humans, the global and production and consumption of chemical has continued to grow. All in all, over the 280000 chemicals being used but a few dozens are prohibited or restricted.

Aiming at reducing health and environmental risks, the chemicals policy has traditionally been related to a general preference for a certainty-seeking regulatory style in which a formal, science-based, and standardized risk assessment has been singled out as the predominant tool for decision-making. However, while risk assessments draw extensively on science, data is often incomplete and results may be unclear or contradictory. Indeed, as it is difficult to establish causal links between exposure to chemicals and health or environmental effects, there is generally a significant degree of uncertainty in estimates of the probability and magnitude of adverse effects associated with a chemical agent.

As far as EU law is concerned, the precautionary principle is located within the broader context of risk analysis, which comprises a three-step process: risk assessment and risk management, and risk communication. Endocrine disrupting substances, Glysophate, and neonicotinoids are sparking off much social debate. Invoking the precautionary principle, several Member States to are adopting restrictions on these substances, that are challenged in courts. The speaker shall underscore the influence exerted by that principle in the case law of EU and domestic courts regarding the regulation of chemical substances in general, biocides and pesticides. 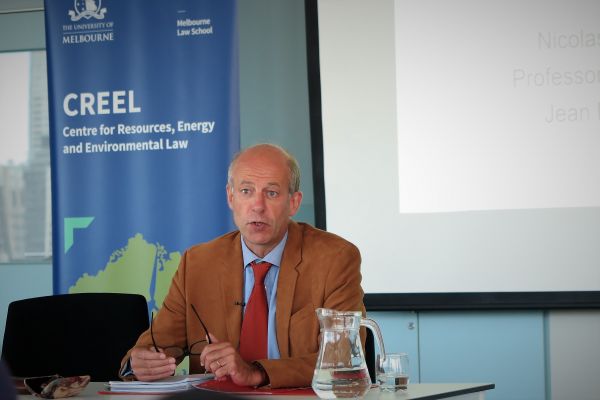