Solar geoengineering as a potential response to climate change is receiving increasing scientific and policy attention. Solar geoengineering technologies propose to cool the Earth’s temperature by reducing the amount of radiative energy absorbed by the Earth through methods that scatter or reflect sunlight back to space.

One potential legal avenue is the concept of “common concern of humankind”, a class of international legal problems, such as climate change, biodiversity and ozone depletion, that raise global concern, but defy traditional understandings of transboundary harm.  The legal content of common concern has recently been questioned (by the ILC, in connection with atmospheric protection), and, to date has not been applied to technologies. However, solar geoengineering raises a set of concerns that might best be governed with reference to this concept.

This paper explores the legal possibilities and implications of identifying technologies of common concern, using solar geoengineering, (which might be considered the ‘easy case’), as an example. Particular attention is paid to whether questions of common concern can be identified through objective criteria, and the potential normative content of common concern, as a legal category. In this latter regard, it is argued that the duty to cooperate, which triggers a set of flexible procedural obligations has strong potential to push states towards transparent and justificatory governance arrangements for emerging technologies. 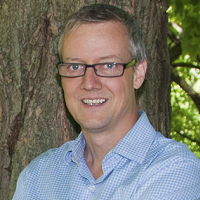 Neil Craik is an Associate Professor at the University of Waterloo with appointments to the Balsillie School of International Affairs and the School of Environment, Enterprise and Development, where he teaches and researches in the fields of international and Canadian environmental law. His current research examines the legal structure of global commons regimes. Professor Craik has particular interests in climate and geoengineering law and governance, deep seabed mining regulation and environmental impact assessment. He currently co-convenes the Legal Working Group on Liability for Environmental Harm from Activities in the Area.  He is the author/editor of several books, including Global Environmental Change and Innovation in International Law, (Cambridge University Press, 2018), Climate Change Policy in North America: Designing Integration (UTP, 2013), Public Law: Cases, Materials and Commentary (Emond Montgomery, 2011) and The International Law of Environmental Impact Assessment: Process, Substance and Integration (CUP, 2008), in addition to numerous book chapters and journal articles. He is a Senior Fellow at the Centre for International Governance Innovation (CIGI), Co-director of the BSIA/CIGI International Law Summer Institute and from 2011 to 2017, Professor Craik served as the Director of the School of Environment, Enterprise and Development at the University of Waterloo.