This seminar led by Andrew Higham, Chief Executive, Mission 2020, and Lavanya Rajamani, Professor, Centre for Policy Research, New Delhi, provides an insider perspective on the making of the Paris Agreement, and an insight into the challenges and opportunities in the emerging climate change regulatory framework. Andrew led the UNFCCC core drafting and advisory team for the Paris Agreement, of which Lavanya was a part. Andrew and Lavanya engaged in a conversation with participants on the following: 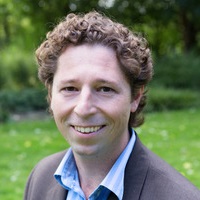 Andrew Higham is the Chief Executive of Mission 2020, a collaborative campaign that embeds urgency into climate action and mobilises greater ambition from national governments, cities, states and regions, businesses and investors, with the aim of reaching the climate turning point by 2020. He was previously the senior advisor to Executive Secretary of the UNFCCC responsible for managing the UNFCCC negotiations and for drafting and delivering the Paris Agreement and the relevant decisions of the COP from Durban until Paris. Prior to joining the United Nations, he was an international expert in climate policy at the Energy Research Centre of the Netherlands advising leading firms, publicprivate initiatives and governments on technology innovation and finance and investment strategies; Strategies Director and Vice President of the Australian Conservation Foundation; and for a decade worked as a senior political and policy advisor in Australia. 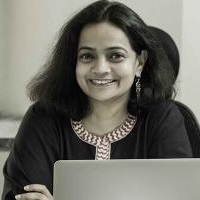 Lavanya Rajamani is professor at the Centre for Policy Research, New Delhi. Lavanya is an expert in the field of international environmental and climate change law. She has authored several books and articles in this field. Her latest coauthored book, International Climate Change Law (OUP, 2017), won the 2018 ASIL Certificate of Merit in a Specialized Area of International Law. She delivered a prestigious Hague Academy Special Course on the International Climate Change Regime in July 2018. She has also served as Rapporteur of the ILA Committee on Legal Principles Relating to Climate Change(20082014) and as a consultant to the UNFCCC Secretariat, a negotiator for the Alliance of Small Island States, and a legal adviser to the Chairs of Ad Hoc Working Groups under the FCCC. She was part of the UNFCCC core drafting and advisory team for the Paris Agreement.