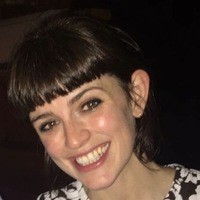 For centuries, Scots criminal law has been renowned for its flexibility and adaptability. One striking example of this characteristic is the so-called declaratory power: the power of Scotland’s highest criminal court to declare conduct punishable in the absence of statutory authority or direct precedent. This article considers the origins and early use of the declaratory power in light of some of the questions that occupied key thinkers in Enlightenment Scotland to show how, in contrast to its contemporary opprobrium, the power might once have appeared unobjectionable. It then considers some more recent examples of judicial lawmaking in Scots criminal law and suggests that this nuanced historical understanding casts them in a potentially more favourable light. Beyond their relevance to Scots law, these observations resonate with more general debates about the requirements of legality, legal authority, the limits of judicial discretion and the relationship between laws and the community.

Chloë Kennedy is a lecturer in the School of Law at the University of Edinburgh, where she teaches criminal law doctrine and theory. Her research interests include criminal law, legal theory and legal history, and the relationship between these areas. She is particularly interested in intellectual and cultural legal history, focussing on the ways that prevailing ideas (especially philosophical and religious ideas) have shaped the law's development and continue to inform our contemporary assumptions.