Recent United Nations High Commissioner for Refugees (UNHCR) data has shown that more than 75 per cent of stateless people belong to a minority group. Although this data indicated that minorities are more vulnerable to statelessness, it is not every minority group that faces the same degree of vulnerability.

This seminar poses a question: what circumstances make certain minority groups more vulnerable to statelessness than the majority population and other minorities? It takes an example of Romani minorities in Europe, who have in different contexts found themselves with a hindered access to citizenship and hence at the risk of statelessness. It then explores how the position of Roma in Europe compares to other examples of minority statelessness in Europe and around the globe, such as Russian-speaking minorities in the Baltic States, children of the ‘Windrush’ generation in the United Kingdom, the Dominicans of Haitian descent, and Rohingya minority in Myanmar.

This seminar is part of the Migration, Refugees and Statelessness Seminar Series, co-hosted by the Melbourne Social Equity Institute and the Peter McMullin Centre on Statelessness, and sponsored by the Statelessness Hallmark Research Initiative. 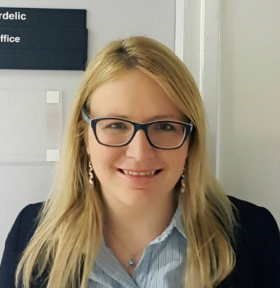