From Law School to Laramba

The remote community of Laramba is taking action against the CEO of the Northern Territory Department of Housing  with the help of an app developed by MLS JD students.

Now their hard work is coming to fruition.

Laramba, a remote Indigenous community on the edge of the Tanami Desert, has a population of around 350 people. A lawsuit was filed last week by the ALRAR on behalf of Laramba residents against the Northern Territory Department of Housing over shocking housing conditions, uranium in drinking water, and lack of basic infrastructure and maintenance under the Residential Tenancy Act.

One of ALRAR's founding directors, and solicitor with carriage of the matter, Daniel Kelly explains, “the current model that the department has for repairs and maintenance doesn’t really work. People report things for months, and they are not attended to.”

The ALRAR app allows tenants to enter the repairs they require directly into an automated digital system which collates the information and generates the necessary documents to lodge a request to the Northern Territory Remote Public Housing System. If the request isn’t met, the app can also generate an initiating application to the Northern Territory Civil and Administrative Tribunal as well as a witness statement detailing the tenant’s circumstances. 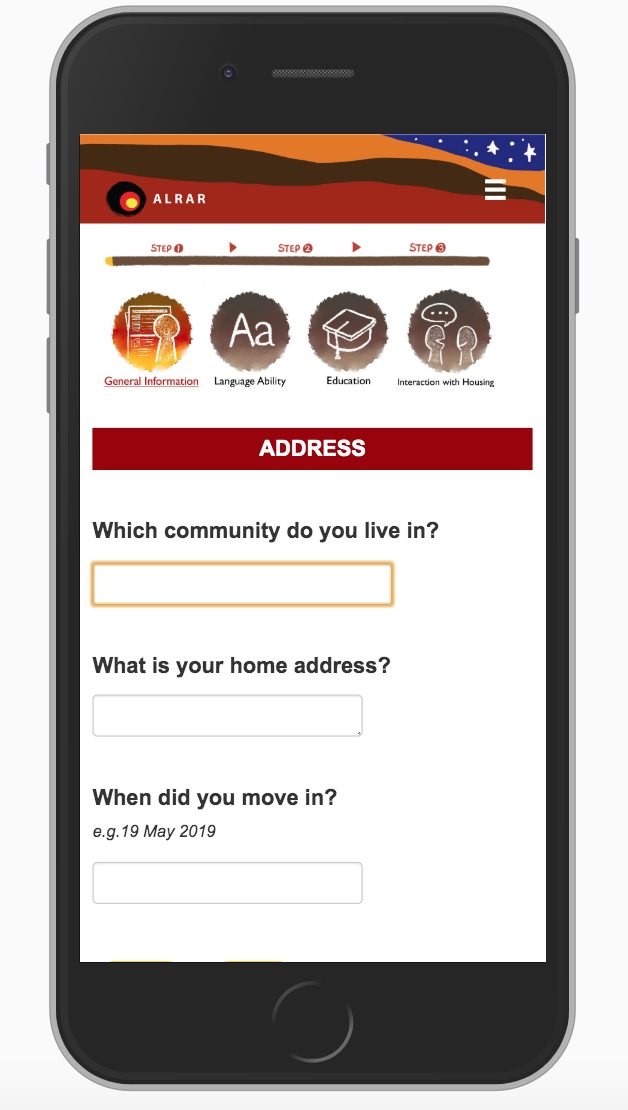 Mr Kelly says the app has helped to relieve the administrative burden experienced by the ALRAR, by collating information and automating work that previously had to be done by hand. “Turning this process into an app was difficult,” he says. “I think the app was probably the largest in the [Law Apps] class. It has around 4000 variables, which was incredibly huge and unwieldy – the students put in a ton of work to get it done.”

“The end result is we can now do more, with less people. It’s more efficient, and we definitely hope to continue using the app with other remote communities in the future,” he says.

The team of JD students who developed the app are still working on a final version of their design. However, JD student April Whitehead is excited that their app is already being used.

"It's unfortunate that an app like this needs to be made, but it's so encouraging to see a product from our class starting to create substantive change,” she says.

"We certainly never anticipated at the start of the year that taking Law Apps as a subject could lead to something of this scale. Working with ALRAR, learning more about the housing issues facing Indigenous tenants in the Northern Territory and then using legal tech to create a tool that goes some way towards addressing those issues has been incredibly rewarding.”

“We're all closely following the developments in Laramba and are excited to continue working on the app to hopefully expand its usefulness even further."

Find out more about Law Apps