Caron has been Associate Dean of the Law School’s undergraduate and masters programs and a member of the School’s executive management team.  She is currently Program Director for the School’s first online masters program, in global competition and consumer law. This program harnesses the power of technology and draws on an international faculty associated with the Law School, to offer in-depth rigorous and highly innovative masters level courses in competition and consumer law to students from around the world.

Professor Beaton-Wells has taught a range of competition law-related subjects in Juris Doctor and masters programs. She is a regular speaker at competition law conferences and is often asked to comment in the media on competition law issues. She is also the Director of the University of Melbourne Competition Law & Economics Network and convenes the Network’s regular events, including the flagship Annual Baxt Public Lecture in Competition Law.

Her engagement activity involves contributing to the public discourse in Australia and around the world on significant competition law-related issues and on bringing together and fostering constructive debate and shared learning amongst stakeholders. Caron is a member of several national and international editorial and advisory boards, has consulted to the OECD, ASEAN, SSNED and the New Zealand Government, is a non-governmental advisor to the International Competition Network and the Law School's representative on UNCTAD's Research Partnership Platform. Formerly a solicitor at (now) King & Wood Mallesons, Caron is also a member of the Law Council of Australia's competition and consumer and small business committees. 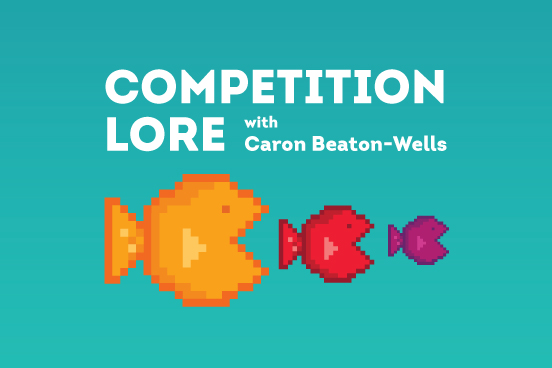 Caron Beaton-Wells is a specialist in competition law. Her research has been published in by leading publishing houses and in top-ranked national and international journals. She has won major competitive funding for cutting edge research on cartel criminalisation, petrol pricing and supermarket regulation, leading interdisciplinary teams of researchers.

Professor Beaton-Wells is a member of the International Advisory Board of the Loyola Chicago Consumer Antitrust Institute and a member of the Executive Boards of the Academic Society for Competition Law, and Asian Competition Forum. She is on the editorial board for the Journal of Antitrust Enforcement (Oxford University Press), Market and Competition Law Review, Catolica Porto, the New Journal of European Criminal Law (Intersentia) and a judge on the Academic Steering Committee for the Concurrences Journal Antitrust Writing Awards.

Professor Beaton-Wells has acted as a consultant or advisor to the International Competition Network, the Organisation for Economic Cooperation and Development, the Association of Southeast Asian Nations, the New Zealand government and the Small States Network for Economic Development and is the focal point for the Melbourne Law School's membership of UNCTAD's Research Partnership Platform. She has been a Visiting Fellow at the University of Oxford Centre for Competition Law & Policy and St John's College.

Professor Beaton-Wells was a member of the Victorian Bar between 1997 and 2016 and is a member of the Competition and Consumer and Small Business Committees of the Law Council of Australia and the American Bar Association's Section of Antitrust Law. Prior to joining the Bar, she was Associate to Justice Balmford on the Supreme Court of Victoria and, prior to that, a solicitor at Mallesons Stephen Jaques (now King & Wood Mallesons).

Other Faculty and University Responsibilities