Internships in the US Congress

The Uni-Capitol Washington Internship Program has been running for just over a decade. In 2008, two Melbourne Law School students were among 12 Australians to be selected for the program. "I am interning at the Commission on Security and Cooperation in Europe (CSCE). I have had the opportunity to attend hearings and briefings in relation to the Commission's foreign policy work, including Secretary of State Hillary Clinton's confirmation. I am also involved in the preparation stage for a US congressional delegation to Austria, Syria and Israel.

"And, thanks to the program supervisor, Eric Federing, we had some of the best seats for the Inauguration Ceremony for the 44th President and attended an Inaugural Ball!" "I've been given the incredible opportunity to work in the US Senate. This venerable institution unceasingly exudes grandeur and importance through the impressive architecture, comprehensive security, circling media and busy Members and staff who walk the corridors.

"My internship with Senator Michael D Crapo has been a comprehensive legal, political and cultural experience I'll never forget."

The University of Melbourne has formal exchange agreements with over 100 leading institutions in over 20 countries around the world. The John and Alison Kearney Overseas Scholarships have helped bridge the financial gap for five MLS students in 2008. 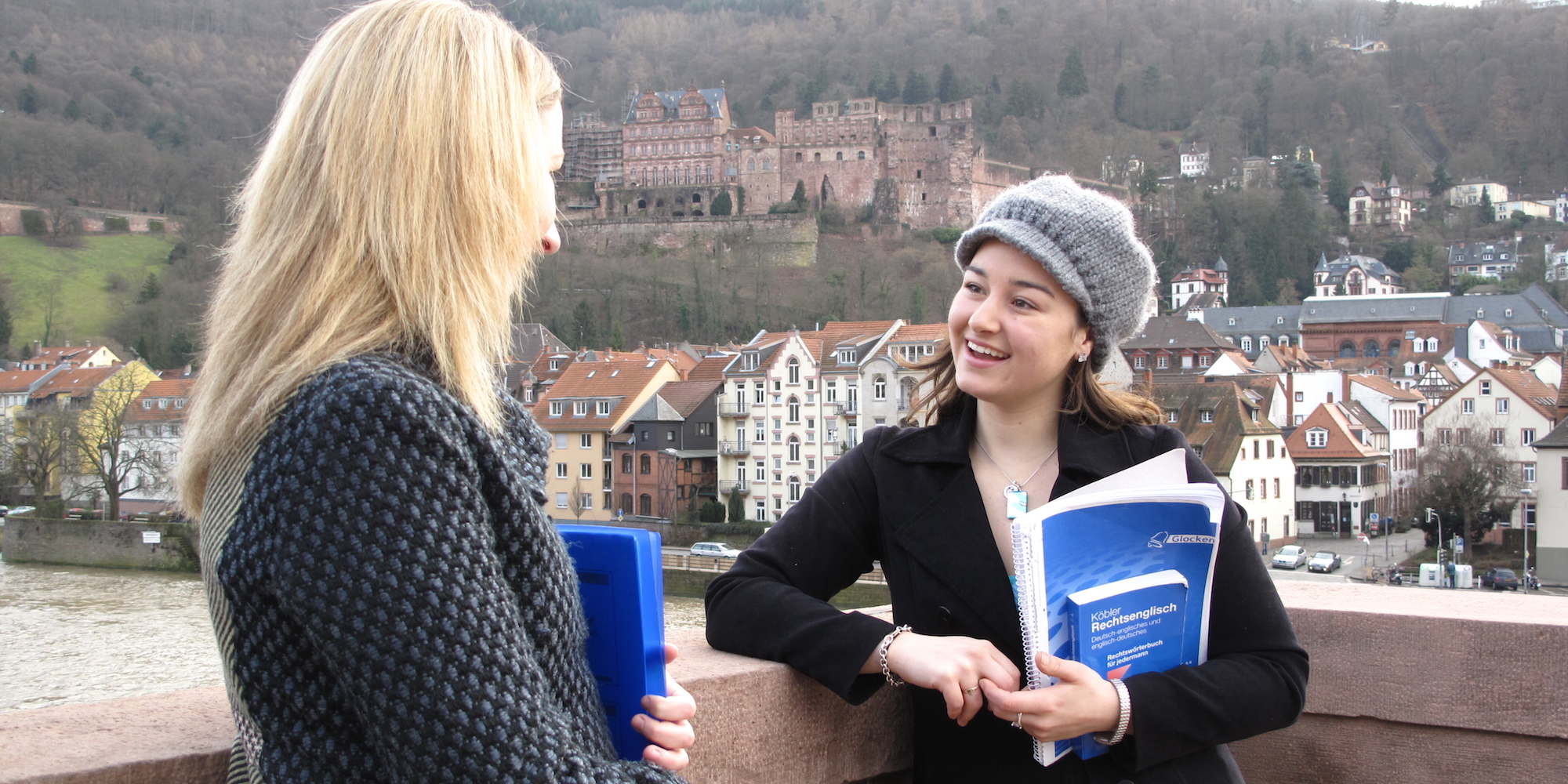 "Before starting my exchange at Rupert Charles University of Heidelberg, I volunteered at an organisation in Essen that looks after children injured from war or other means in their home countries – including Afghanistan, Angola and Uzbekistan. I am now doing subjects like transnational commercial law, German civil law, international public law and even American private law. For me, the best thing about my exchange so far has been connecting with people from all over the world." "While at McGill I chose subjects with an international focus, as I have a strong interest in comparative law. As Quebec is a civil law jurisdiction, we were able to look at many issues from both a common and civil law perspective. Through taking 'International Maritime Conventions', I have developed a strong interest in maritime law – an interest I hope to pursue further in my studies, and perhaps as a career. Living in Montreal was also an amazing cultural experience."

Five outstanding students from Melbourne Law School have won semester scholarships to study at the CTLS, four generously sponsored by Clifford Chance and one by Herbert Smith.

The CTLS is a joint venture of ten leading global law schools that teaches semester-length programs in transnational legal studies. Melbourne Law School is the only Australian member of the CTLS.

For the MLS students, the experience to study in London with students from all over the world has been an opportunity of a lifetime.

Scholarship student Hannah Richardson comments, "the CTLS has exposed me to the law of different nations and supra-national bodies. I am now even more inspired and determined to work in international and inter-jurisdictional law."

"As a rural student who survives on Centrelink, I could not afford to live in London for five months without the Herbert Smith Scholarship. It's given me a valuable contact with the firm. I recently met with a partner who discussed the firm and many topical issues in current commercial law."

Sarah Langton, Legal Recruitment Manager at Clifford Chance LLP, believes the scholarships are a great opportunity to build further relationships with Melbourne Law School and to gain a better understanding of the CTLS.

"We are sure that the transnational nature of the CTLS, and the academic and cultural exposure the students receive at the School, will stand the students in great stead."