Displaced by poverty and conflict, unaccompanied refugee children are seeking help from the international community in growing numbers. A Melbourne Law School alumnus is dedicating his research to highlighting the plight of these children and outlining the current gaps in international protection. 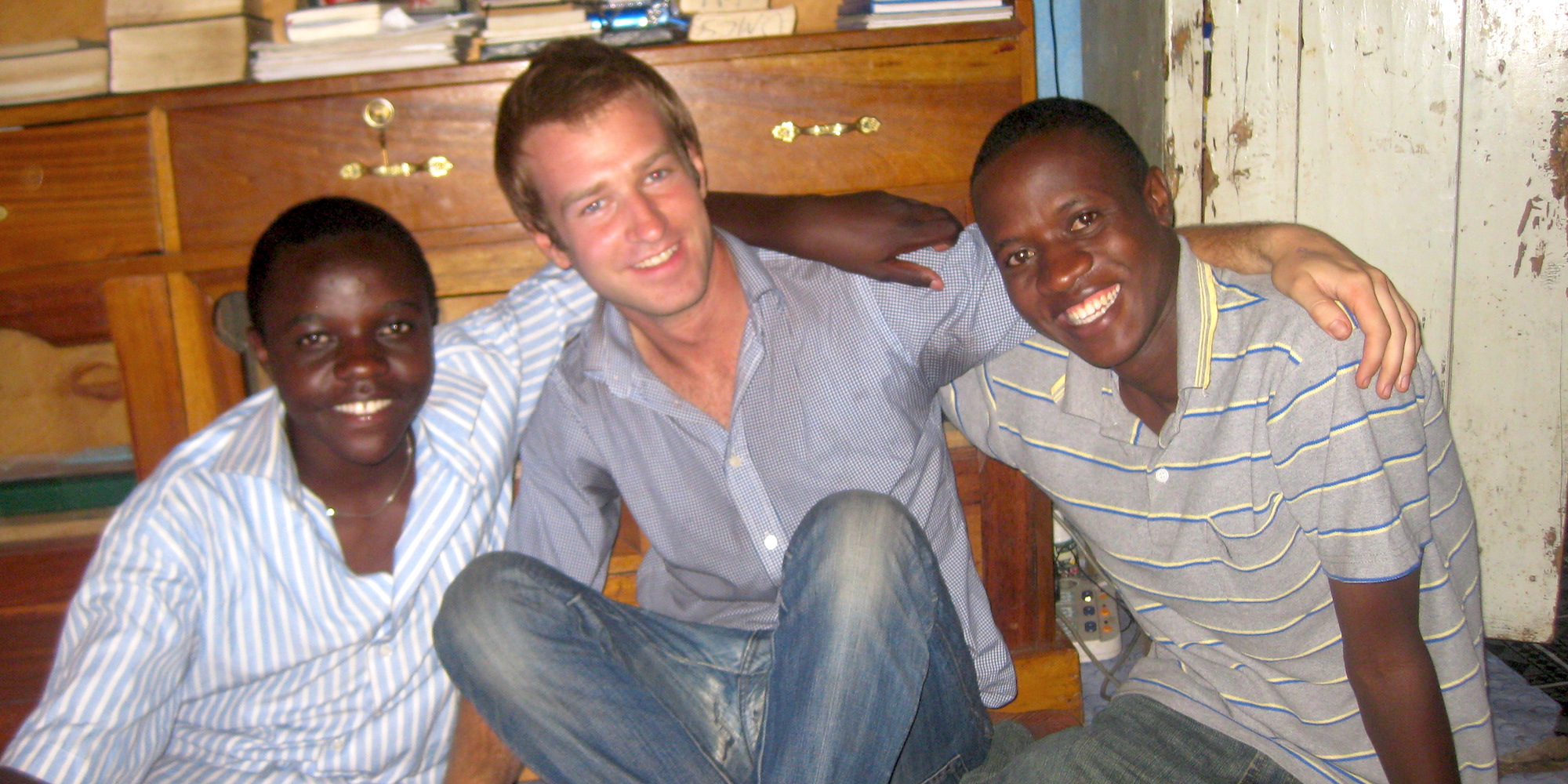 "That subject was a real turning point for me," says Jason.

Five years later and the welfare of children now lies at the core of Jason's endeavours. Jason has recently witnessed the plight of some of the world's most vulnerable children first- hand, returning in September from a three-month field trip in Uganda to collect the stories of unaccompanied refugee children who had fled to Uganda from the DRC, Somalia and Burundi.

Jason was based at the Refugee Law Project (RLP), affiliated with the Law Faculty of Makarere University. With the assistance of the RLP legal team, Jason compiled the stories of 82 unaccompanied refugee children.

"The majority of the children I met had witnessed the brutal murder of parents and siblings; many of the girls had been raped repeatedly; some had been kidnapped by rebel forces. All now face endless obstacles in their search for a better life. They are inspiring and resilient – their stories harrowing and incredibly powerful. With little support from the Ugandan government, many of these kids are sleeping on the street."

Since returning to Cambridge where he is undertaking doctoral research focusing on child refugees, Jason has started work on a standalone report that will use the stories he collected to highlight the current "protection gap" for urban-based unaccompanied refugee children in Uganda. His work in Uganda will also inform his doctoral research at the University of Cambridge on the international, regional and domestic legal frameworks currently in place to deal with children seeking international protection.

"My time in Kampala really brought my research to life, challenging me on a number of fundamental levels," reflects Jason.

"I hope that my research will act as a vehicle to give these children a voice, alerting the international community to the need for greater protection for some of the world's most neglected children".

Jason's journey to this point is certainly not a conventional one, but he is adamant that he would not change a thing. Jason worked as a solicitor in the litigation group at Mallesons Stephen Jaques while completing his Melbourne Law Masters.

"I was afforded a unique opportunity at Mallesons. In addition to providing an unparalleled training ground for a young lawyer, it allowed me to concurrently develop my interests in international law through postgraduate study. My mentors at Mallesons, in particular John Waters (LLB 1975, LLM 1983), were, and continue to be, incredibly supportive of my work."

As part of the Masters program Jason completed a minor thesis under the supervision of Professor James Hathaway and Dr Michelle Foster (published in the current edition of Melbourne University Law Review).

"The opportunity to work with Jim and Michelle remains one of the highlights in my academic career to date – they are, without a doubt, two of the greatest minds in international refugee law scholarship."

In 2011 Jason will begin a Visiting Doctoral Researcher Global Fellowship at New York University, where he will work under the supervision of Professor Philip Alston (LLB (Hons) 1972, LLM 1976).

"By the time I complete my doctorate, I will have had the opportunity to work with some of the world's greatest minds in international law, at four of the world's leading universities (Melbourne, Oxford, Cambridge and New York University)," Jason said.

"I've now also had the opportunity to witness first-hand the very real need for rigorous scholarship and sustained advocacy to advance the interests of refugee children. In the future, I hope to be able to draw on all of these experiences to make a substantial and practical contribution to enhance the protection available to these children".