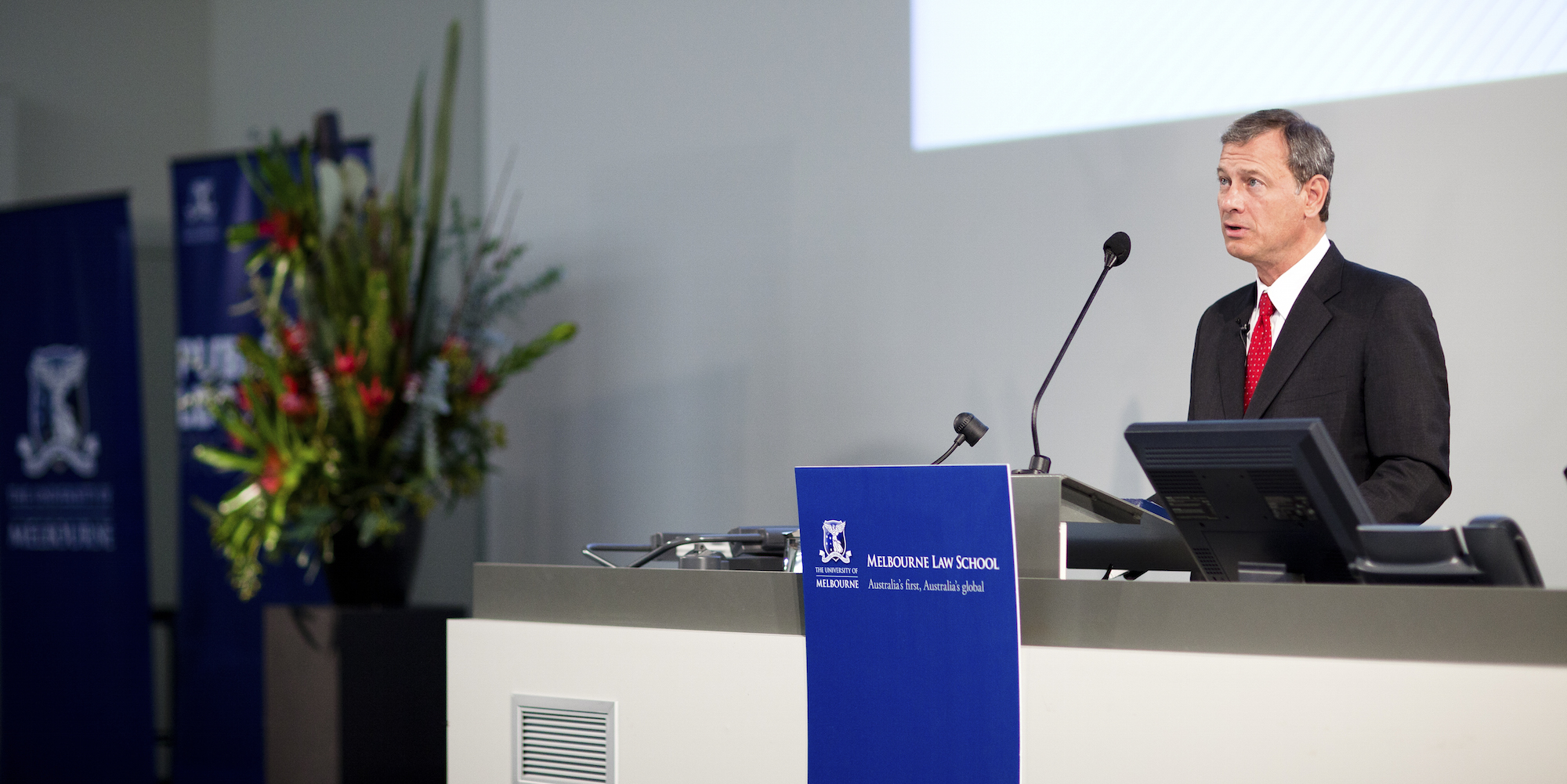 Chief Justice Roberts began his historic visit to Australia with a five-day workshop at Melbourne Law School covering the history of the Supreme Court of the United States.

An extraordinary opportunity to interact with, and learn from, the most senior and most distinguished judicial officer in the United States, the workshops were attended by members of the judiciary, academics, legal practitioners and students.

Chief Justice Roberts was joined by Jeffrey P. Minear, Counselor to the Chief Justice of the United States, who co-hosted the workshop.

The Australian public had the chance to hear an address by the Chief Justice for the first time when he spoke at an international public lecture at the Law School. Chief Justice Roberts told the capacity audience that America's founders could not have predicted the important role the Bill of Rights would play in American law.

He outlined the surprisingly little- known path to his country's Bill of Rights being ratified in 1791. In providing a comparative study, the Chief Justice opened the debate on a constitutionally-entrenched bill of rights for Australia:

"That raises the question of whether it is necessary or desirable for a nation's constitution to enumerate those liberties. While I am bold enough to ask the question, I am not foolhardy enough to try to answer it."

"I know that this issue has been actively and ably debated in Australia for many years. I would not presume to suggest a view on what is right for Australia - which is, of course, a question for Australia alone."

Chancellor of the University of Melbourne, The Hon. Alex Chernov AO QC, declared the speech an inspiration and thanked the Chief Justice for also leading the series of workshops.

"To have one public lecture given by a Chief Justice of the Supreme Court is an amazing feat, but to have a Chief Justice also take part in conducting workshops is really an extraordinarily good fortune for the institution".

Alumni of the Law School had a special opportunity to meet the Chief Justice at an evening reception. They were delighted to welcome Chief Justice Roberts and his wife, Jane, a distinguished alumna of the University of Melbourne.

Dean of Melbourne Law School, Professor Michael Crommelin AO, summed up the historic visit as "a rare opportunity to hear from one of the outstanding legal leaders and thinkers of our time".