Melbourne Law School student Heidi Edwards set out on her summer break with the intention of finding out more about international criminal law. After three months working in Cambodia, she has a remarkable story to tell. 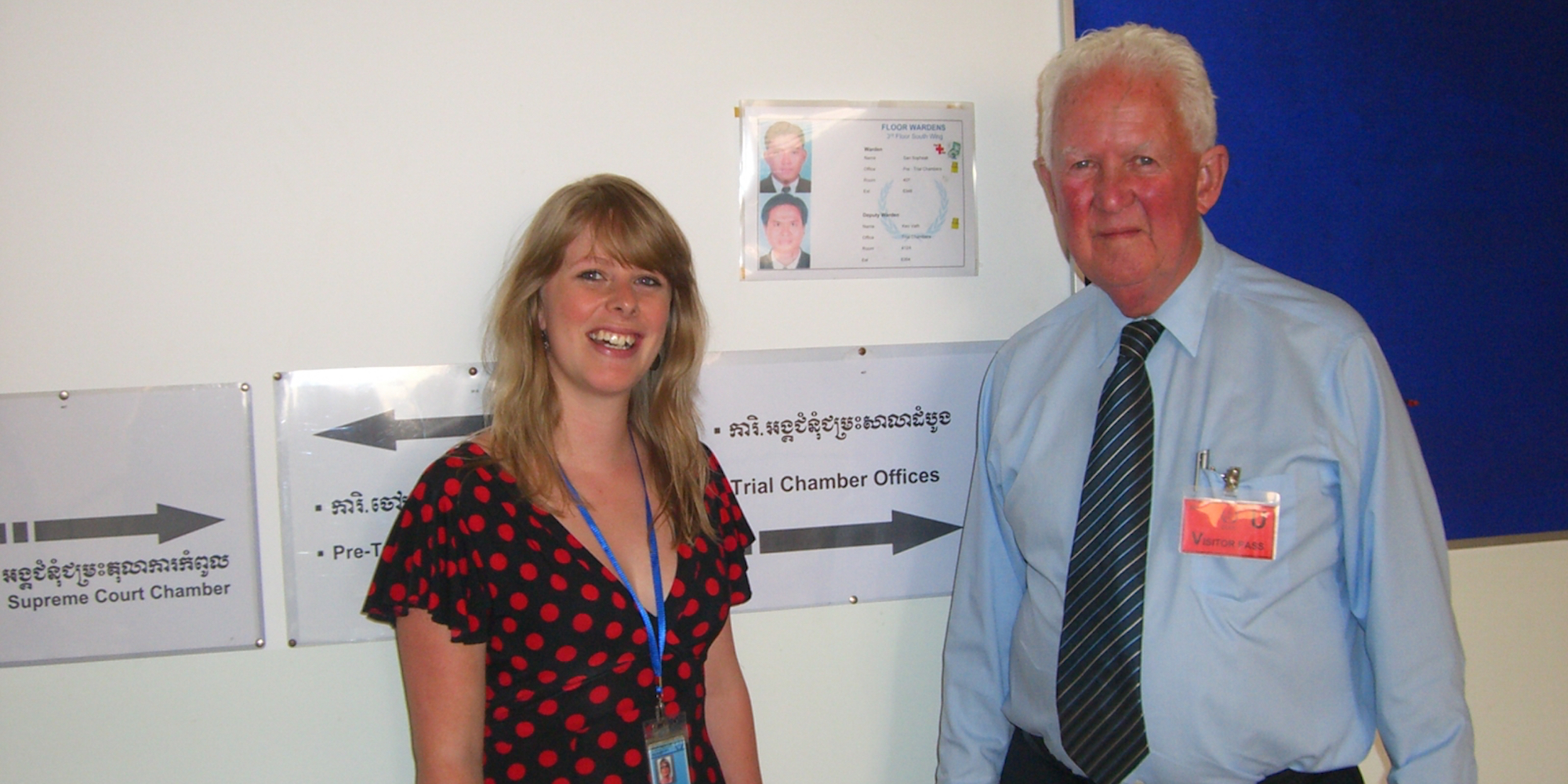 Heidi Edwards worked as an intern at the Extraordinary Chambers of the Court of Cambodia (ECCC), the UN-backed international criminal court set up to prosecute international crimes of genocide, crimes against humanity and war crimes during the Khmer Rouge regime 1975-1979, and serious violations of Cambodian law. "Working in the Court meant that I had contact with the judges on a daily basis and responded to their needs. I was able to get an insight into how the judicial decision making process works," says Edwards.

In July last year the first Khmer Rouge official to face the court, Kaing Guk Eav, commonly known as Duch, was convicted of war crimes and crimes against humanity for his role running the notorious Toul Slang torture prison or S-21. The accused, the Office of the Co-Prosecutor and three civil party groups appealed the trial judgement.

Edwards worked in the Supreme Court Chambers, the highest appeal court. Last month the three-day appeal hearing was held, in which Duch's lawyers argued that he was only following orders when he oversaw the deaths of nearly 14,000 people.

The accused appealed on matters  of personal jurisdiction of the ECCC, arguing that the court did not have competency to try him. His lawyers argued that Duch was neither one of the regime's senior leaders nor one of those responsible for the crimes committed, so fell outside the jurisdiction of the court. The ruling is expected later this year.

Edwards' main project during her three-month internship was to research and write the preparatory document for the appeal hearing.

Though only in her second year of the Juris Doctor (JD), this was not her first experience of an international criminal court. Before beginning the JD, Edwards completed a five-month internship with the International Criminal Tribunal for Rwanda in the Office of the Prosecutor.

The ECCC was an opportunity for Edwards to experience working in a hybrid court comprised of Cambodian and international staff and judges. This feature, with responsibility shared equally between national and international personnel, has been described as one of its great successes but has also tested the court, with differing viewpoints on its purpose.

"This had its challenges," says Edwards, "especially considering the vastly disparate knowledge base and experience of international criminal law between the two sides. But it also has its benefits, as legal training is one of the legacy goals of the ECCC".

"One of the positives of the hybrid court system was the opportunity to work with national staff as opposed to just United Nations staff."

"Working in the country meant I had a lot of interaction with local people and learnt a lot about the culture and politics of Cambodia, which I saw as a real bonus to the work experience. I enjoyed exchanging food with my colleagues – Tim Tams for bitter soup!"

"Having worked in two international criminal tribunals I now have a strong understanding of the challenges of working in these institutions. But it has also given me insight into the positive things involved in the processes and made me assess the system and exactly why I want to work within it."