What's it like to be a graduate researcher at Melbourne Law School?

Many alumni at some point dream about a life dedicated to pure research. For some, that brief thought is folded away along with the academic gown on graduation day as a different career path beckons. For others it leads to the decision to pursue a Master  of Philosophy or Doctor of Philosophy. What inspires researchers and how do they come to join Melbourne's Graduate Research Degrees program? "I was so intrigued because it showed how pirates from Indonesia boarded ships in the middle of the night using bamboo poles. They have small boats – containing five to seven pirates – and use the pole to hook onto ships during the night time and then climb aboard. I thought it was such an interesting topic."

"When I later received a scholarship from the Indonesian Government to pursue a PhD, I thought 'This is what I want to do.'"

I think it's a real opportunity to step back from the day-to-day issues of practice – which are important issues – and to think about your area of law in an academic way.

The long and narrow Malacca Strait has been a lure for pirates as long as seafarers have used the oceans as trade routes. After 2001, the threat of maritime terrorism added another element to the threat against commercial vessels, and to the legal questions surrounding piracy.

Rheny is investigating whether the international law of the sea is meeting the challenges of piracy and maritime terrorism in the 21st century.

"It is an interesting fact," says Rheny, "that under the United Nations Convention on the Law of the Sea, piracy can only occur on the high seas. But in the Malacca Strait attacks occur not just on high seas, but also in the territorial waters of Indonesia, Malaysia and Singapore."

There have been strong proposals from the US and Japan to permit joint patrol areas and to allow extra- regional forces to patrol the Strait, but Indonesia and Malaysia have consistently rejected these proposals, claiming such steps would infringe upon their sovereignty.

Rheny's research is investigating the shortcomings of international law in combating piracy and maritime terrorism. She argues that the definition of piracy under the convention is too narrow to address the full extent of attacks on ships in the Malacca Strait.

She is looking at how the legislation approaches issues such as what motivates pirates – greed, economic gain or political objectives – and how they carry out their attack – ship against ship, or as passengers already on board a vessel.

"There is a gap between the law and the current situation in the Malacca Strait," says Rheny.

"I think what makes this research so interesting is that being local I can bring an Indonesian perspective to the issue. Indonesia is central to the problem, and to the solution. Many of the perpetrators live on the 17,000 small islands near Sumatra – and due to resources and other pressing maritime issues, the Indonesian government has come to the issue late."

Rheny, who has lectured in universities in Indonesia, says she was always interested in doing her own research: "I always imagined a career in academia," she says.

Researchers at Melbourne join some of the best emerging research talent in Australia. Last year the  Law School was one of only two Australian law schools to obtain the top ranking for research – in other words "well above world standard" – in the Federal Government's inaugural Excellence in Research for Australia (ERA) assessment of research quality.

Candidates from around the world have been drawn to the Graduate Research Degrees program; 30% of graduate research students commencing in 2012 are from overseas. This year researchers from France, Ethiopia, Indonesia, Sweden, India and Pakistan join domestic candidates to pursue an extraordinary range of topics. Just 15 candidates are accepted each year in a very competitive admission process.

"These candidates are extremely able original thinkers and we aim to ensure that Melbourne Law School provides a very high level of support to them during their time with us. This includes supervision by leading experts in the field, opportunities for participation in international scholarly events, and a dedicated seminar program,"  says Associate  Professor  Cooney.

Although research necessitates long hours in libraries, you can forget ivory towers; graduate research is often very much engaged with contemporary issues. Teaching and Research Fellow Andrew Newman is a case in point, researching the increasing prevalence of precarious forms of work in the agricultural sector.

As Australia moves to address shortages of seasonal agricultural labourers through temporary migrant worker schemes, Andrew says it is timely to look at whether regulatory measures to ensure fair working conditions are successful in practice for this group of workers. 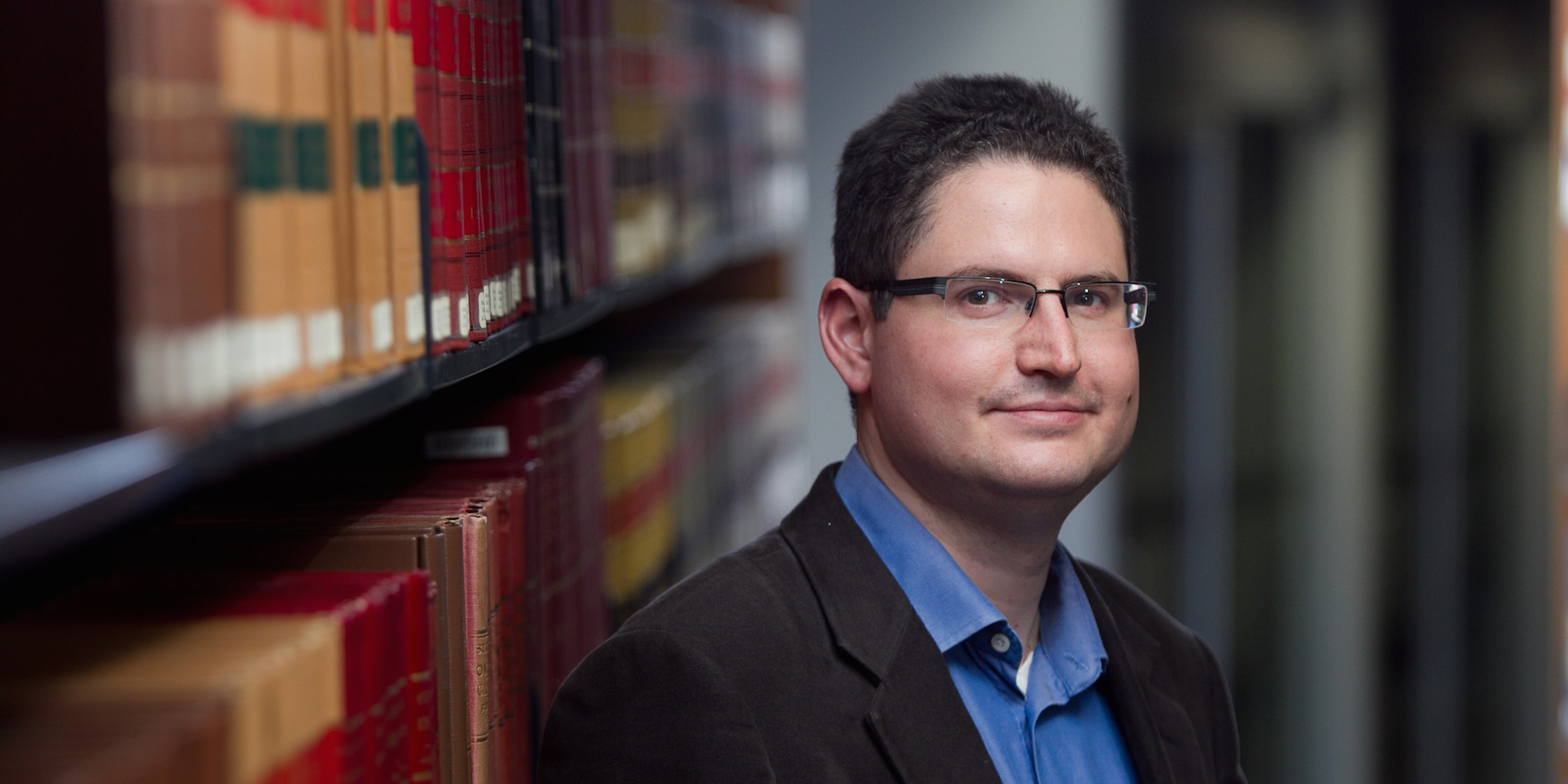 His research at the intersection of migration law and employment law compares approaches taken by the Australian and Canadian governments.

"Each government has expressed a commitment to fair working conditions. However, while these migrant workers generally receive the coverage of the same awards and instruments as local workers, the thrust of that protection is generally premised on the resident worker who stays and continues in employment."

"Termination pay, unfair dismissal, redundancy payments: everything is tied to continuous service or consecutive service. But for migrant workers, the terms of their visas mean they can never achieve length of service or recognition of accrued benefits. They start from scratch every time they come to Canada or Australia."

...researchers are committed to producing high quality, internationally recognised scholarly work that changes the way we understand and apply the law.

His thesis will examine the tension between protection and precarity with respect to temporary migrant workers admitted under the Canadian Season Agricultural Worker Program and the Australian Seasonal Worker Program.

"They've had the scheme for a long time in Canada. We've seen the problems, but we've also seen some of the potential solutions."

One of Andrew's goals will be to produce a set of recommendations for governments, trade unions and employers for improving terms and conditions of employment for temporary migrant workers.

"At the end of the day, farmers need to hire farm workers. If there's no one there to pick the fruit, it rots.  I definitely see the argument of having these programs; I just want to see a pathway out of precarity and into decent  work."

Andrew, who has worked both as a barrister and solicitor in Canada and as a solicitor in Australia, says that the opportunity to immerse himself in a specialist area of  law has been immensely rewarding.

"I think it's a real opportunity to step back from the day-to-day issues of practice – which are important issues – and to think about your area of law in an academic  way."

"And I'd say generally, for anyone who was considering academia or research by higher degrees, it's also just important in life to leave room for serendipity. I would never have thought five years ago in my office in Toronto, or in court, that I would be sitting here in Melbourne Law School doing a PhD on a comparative study between Canadian and Australian labour law … It gives you a fresh perspective on your area of practice."