When Sally Walker found the law, it settled over her like a second skin. It is a part of the story she describes as "the luckiest thing that had happened in my life". 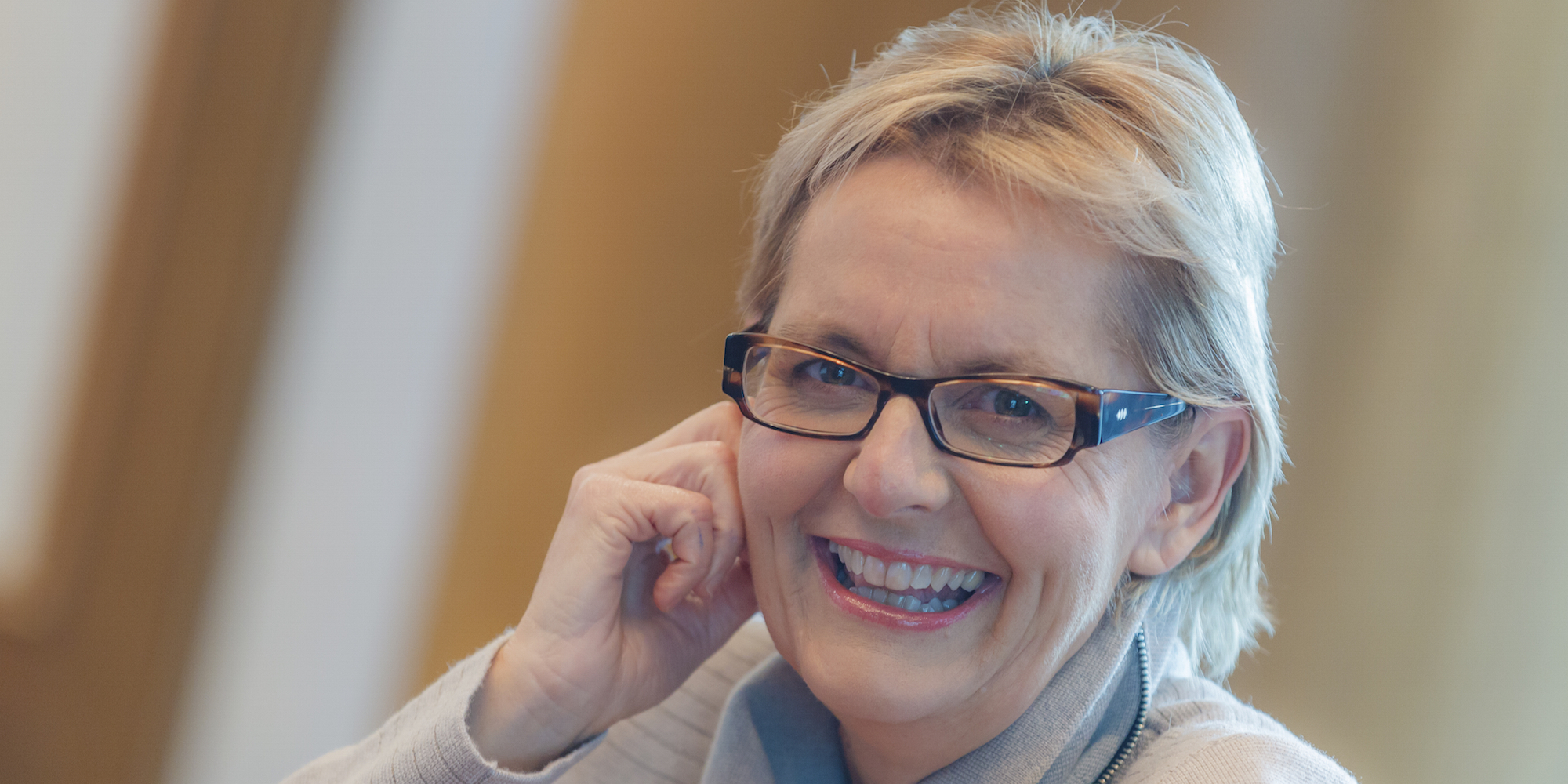 The new Secretary-General of the Law Council of Australia, Emeritus Professor Sally Walker AM (LLB(Hons) 1976, LLM 1980), is recalling the period where she went from a life in the far flung farming regions of rural Victoria to Melbourne Girls Grammar where, thanks to a scholarship, she completed her secondary education.

It was at school that Professor Walker was exposed to  a stream of women who were successful lawyers and was inspired by "a very charismatic and strong woman", teacher Lorna Osborn (also the mother of a current Supreme Court judge). The law seemed to her obvious, appealing and natural.

"There was something about the values of those women. One of the reasons I like being a lawyer is that I like the values lawyers should hold: the notions of honesty, integrity and respect for the law. And that a lawyer's primary responsibility is to the law and that this transcends personal interest," she explains.

Given her early inspiration and a record of leadership at Deakin University during which the university won an Equal Opportunity for Women in the Workplace Agency award, Professor Walker admits she was surprised when she took a close look at the numbers of women in the legal  profession.

"I am surprised that the attrition rate of women in the profession is so high. Given that we know that more than 50% of law graduates today are women, the profession really should be asking itself what it needs to do to address the fact that so few of them are in senior positions," she muses.

For the undergraduate Sally Walker, Melbourne Law School and the university experience consolidated those early teenage dreams of law. "When you're young, there are people you come across with whom you feel a connection. That is what it was like for me at Melbourne Law School; I felt that I was meant to be there," she said.

Professor Walker also found a mentor in barrister Ian Hardingham QC (LLB (Hons) 1968, LLM 1970) who taught equity law subjects. She maintains contact with him to this day. "He was marvellous – he had a great ability to explain complex principles in a simple manner, and a profound understanding of his subject matter which was inspiring to me."

She maintains a belief that a law degree "is obviously a great foundation for work in the law, but also for work that is not in the law".

With the full expectation that "I would practise for the rest of my working life," Professor Walker graduated in 1976 (taking several prizes with her), began her career with articles at Gillotts Solicitors (the firm later became part of Minter Ellison), and became an associate to Sir Keith Aickin KBE QC (LLB 1937, LLM 1939), former justice of the High Court of Australia.

But while she loved the law in practice, she harboured  a level of intellectual curiosity and energy that required an outlet. Apart from motivating her to pursue her LLM, it meant she sometimes wrestled with switching off as a practising lawyer. "Sometimes it seemed that just when a legal problem got interesting – and a whole lot of interesting avenues and questions opened up about that specific legal issue for me – it was time to close the file because the client's needs had been served."

So it was back to Melbourne Law School in 1980 – this time as a law lecturer herself – to teach in areas in which she had practised: trade practices, constitutional and administrative law, and corporations and securities law.  It was during this period she quite literally "wrote the book" on media law. The Law of Journalismin Australia was published in 1989 and remains a reference tool for mainstream media today. But it was also the precursor to another career challenge – the establishment of a specialised course on media law at Melbourne Law School.

… I like the values lawyers should hold: the notions of honesty, integrity and respect for the law.

"The Law School said that if I could get 20 students they would run it. I got something like 100 students and the course was up and running," she said. Melbourne Law School currently hosts the Centre for Media and Communications Law, and several national and numerous boutique law firms now provide services in this rapidly evolving area of law.

In 1993 Professor Walker became Hearn Professor of Law and the first academic secretary of the Victorian Attorney-General's Law Reform Advisory Council. It was a time of great change in the Victorian justice sector – a new Department of Justice had been established by the then Attorney-General Jan Wade, the Sentencing Act was going through significant revisions, and plans for privatisation of prisons were underway.

With a young family (she and her husband have two sons, one studying the Juris Doctor at Melbourne Law School, and one an alumnus working at a national law firm), she was one of few senior women in the ranks of academics.

Professor Walker fondly remembers working with the then Vice-Chancellor, Professor Alan Gilbert: "I learnt  a lot from him – about what it means to have true academic freedom, about planning processes and involving academics in the running of a university. And about being respectful, and taking responsibility for decisions. His resilience was extraordinary."

It was a period when the higher education sector was going through great change. Professor Gilbert's outlook was most definitely broad and he is credited with widening the University's reach, including an ambitious building program, focus on the research agenda, and the fostering of international and diverse student enrolments. He appointed Professor Walker to Senior Deputy Vice-Chancellor – a position she enjoyed for one day before she was required to step into the Acting Vice-Chancellor position while Professor Gilbert went overseas for six months.

Professor Walker remembers it as a period of personal growth – and great support. She credits her time at Melbourne with giving her the solid foundation from which she took up the position of Vice-Chancellor and President of Deakin University: "Deakin was, and is, very different to Melbourne, but my time there was still very relevant. I wasn't nervous when I started at Deakin; I had had such a good foundation at Melbourne."

It is fair to say that the task of repositioning Deakin was one in which Professor Walker fully immersed herself. She is proud of the achievements of her time there: "I wanted Deakin to break out of the peloton – and a key milestone in achieving that was when we attracted Victoria's third medical school. I am delighted that Deakin continues to go from strength to strength."

But it was seven and a half years during which her commitment to the job took its toll. "There are times in your life when you balance, and times when you juggle. My time at Deakin was a period when I had school-age children and it was a juggle."

By 2010, a break was in order. Deakin University recognised her contribution to legal education and scholarship and to higher education by awarding her a Doctor of Laws. Between then, and her appointment at the Law Council of Australia, she regrouped, reconnected with friends and consulted. "I have become very fit," she smiles. "I have become a person who runs – and I love it."

After so long in academia, followed by a deserved break, Professor Walker jumped at the opportunity to work with the Law Council. "It takes me back to my discipline,"  she explains, "and I really respect the role of the Law Council. I see its primary responsibility as advancing the rule of law, but also in assisting all lawyers and the profession in our region."

As Australia's national professional peak body, the Law Council's focus is on national and international issues affecting the profession, the administration of justice at the federal level, and representing the Australian profession overseas. Not unlike a university: both share  a large and diverse constituency, with centres of interest and expertise and a global outlook. For a legally credentialed academic with a track record in leadership, unafraid of change or challenge, it's a great fit.