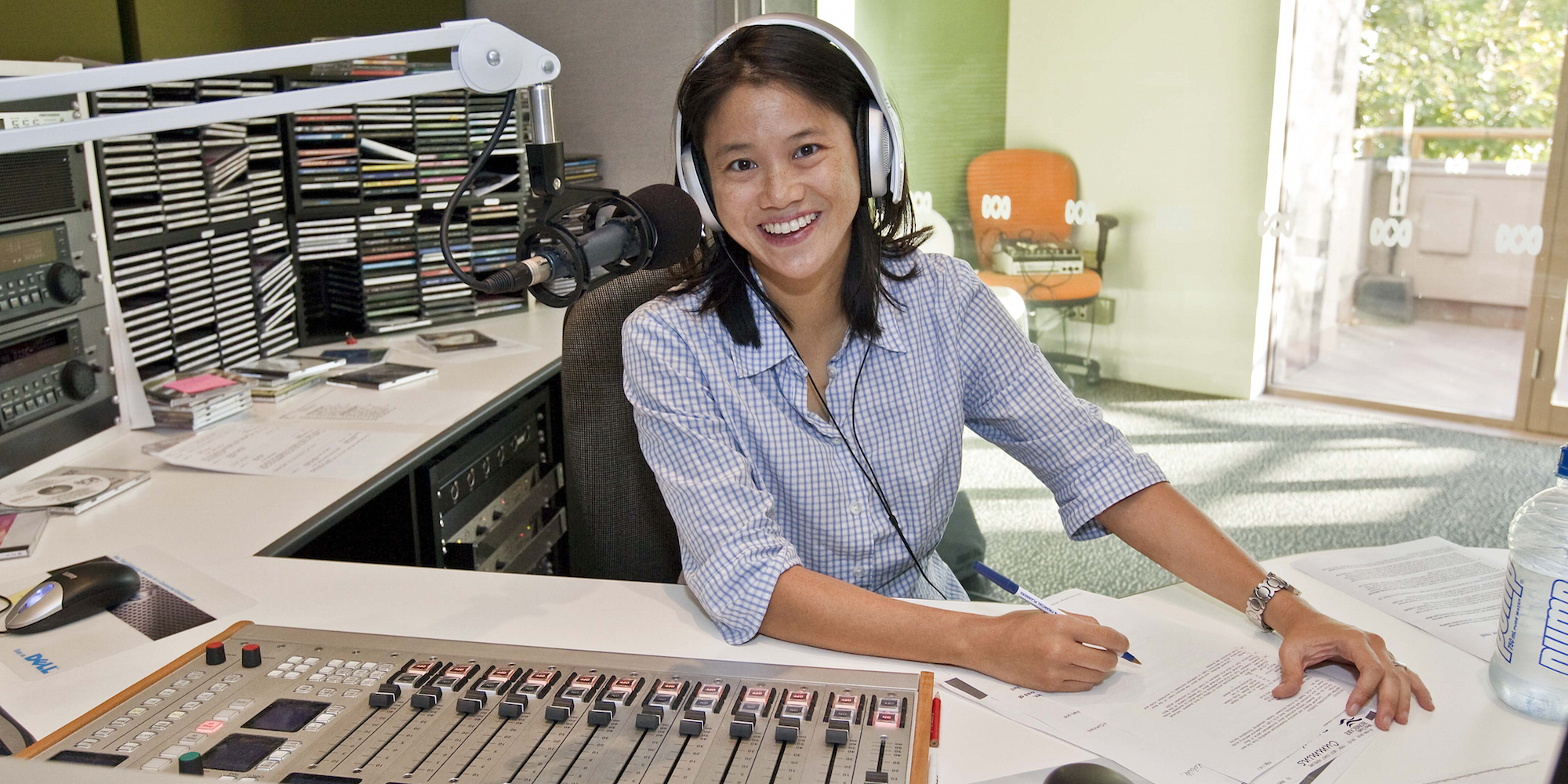 After graduating, did you see your future incorporate law?

As law students, we were encouraged to do summer clerkships to get a taste for corporate law. I completed a clerkship at Freehills and then commenced articles straight after graduation. I began my career as an intellectual property lawyer, working with great brands such as Adidas, RipCurl and Toyota – and I also got exposure to some wine law as well! I then moved to the UK in 2000 where I joined London law firm Ashurst Morris Crisp as an eCommerce lawyer. I really enjoyed my time as a lawyer, but somehow I knew deep down I didn't want to be a lawyer forever.

How did you end up leaving the law for radio?

During my time in London, I started volunteering in hospital radio. Some of the London hospitals are so big that they run full volunteer radio stations which broadcast to the patients. I started loving radio so much, I spent all my spare time doing it. I then decided I would try to become a full-time radio presenter. I applied to the Australian Film TV and Radio School, and graduated from their full-time Commercial Radio course in 2003.

You joined ABC local radio in 2005. What was the most unusual thing you did during your radio career?

I was breakfast presenter for ABC Eyre Peninsula,  based in the beautiful coastal town of Port Lincoln in South Australia for five years. Port Lincoln is best known as the tuna capital of Australia – and one of the highlights of the calendar is the annual Tunarama Festival and its Tuna Tossing competition. As the local radio presenter,

I was the MC of the event - but I also got the record for the shortest toss of the competition in 2005! A frozen tuna is not easy to heave at all – I pretty much tossed it straight up and it landed at my toes.

You're now back at Herbert Smith Freehills, but this time in a business development role?

The role is perfect, because it brings together all my skills quite nicely – from my knowledge of how professional services firms work, my technical legal knowledge, and my communication skills which were enhanced through my broadcasting experience.

How do you stay connected with other interests?

I still have a passion for radio and the media, and stay involved with volunteer roles with the ABC Advisory Council and Radio Lollipop, a children's charity which provides radio and entertainment to sick children in hospital. For sport, I dabble in triathlons. My other passion is food and wine – and so I spend a lot of time eating, laughing and drinking with my husband Darcy, my daughter Billie and my friends.

One of our recent initiatives is the Dean's Community Leadership Forum which encourages students in their community endeavours. Do you think this is important?

Yes, definitely. As I was working hard in Melbourne and then London, I remember thinking to myself how important it is to make a contribution to the community, and not just spend all my time and energy contributing to my workplace. That's why I started volunteering in hospital radio.

If you had to do it all over again, would you change anything?

Sometimes I wonder why I have made such crazy career decisions seemingly so quickly. I wonder if I should have taken the steady route. But then, I guess I will never die wondering what it would be like to be a radio DJ, or an IP lawyer, or a business development manager at a law firm.