The University of Melbourne has launched the largest philanthropic campaign in its 160-year history, seeking to raise $500 million by 2017. As part of this campaign, the Law School is seeking Law alumni who will support the next generation of law students and leading scholars. Believe: The Campaign for the University of Melbourne will raise funds to enable the University to increase its ground-breaking research and world-class teaching and to continue its work in educating the leaders of tomorrow.

The Law School's priorities within the campaign are to increase the number of scholarships for JD and Masters students, to enhance international partnerships, to support its new public interest clinical program and to build its award-winning library. The Law School will also be seeking major supporters for named chairs and junior scholar positions.

"Melbourne has enjoyed a strong history of philanthropy which has provided students with the chance to study, delivered facilities for learning and research and enabled a great breadth of academic teaching and research to flourish. The world is richer because of this," he said.

This campaign is about lifting Melbourne to number among the finest universities in the world. It will allow us to educate tomorrow's leaders, help us find answers to some of the most important challenges facing the world and strengthen our ties with communities in every corner of the world.

Read more about why Law alumni are supporting Law's priorities as part of The Campaign for the University of Melbourne and how they are changing the lives of future generations.

A vision to support promising students with skills in science or engineering and the law brings this Melbourne Law School alumni couple back to campus. Jonathan Beach QC and Daria McGauran have recently established a new scholarship.

For those who have followed the legal aftermath of the Black Saturday Bushfires Royal Commission, Jonathan Beach QC (LLB 1982) will be familiar, thanks to cameo appearances on news bulletins using footage recorded in the Kilmore East Fire Class Action underway in the Supreme Court.

It's easy to see, in a case such as this, that a technical scientific background would be very useful.

"In complex litigation today, particularly class actions, an understanding of mathematics, statistics and other technical and scientific areas is highly valuable," Jonathan explains. "Many new quantitative techniques are being developed across a range of forensic areas in commercial and common law cases."

"Such skills are necessary to handle these developments, which apply in broader areas than patent cases and other intellectual property work."

Jonathan has built a highly successful advocacy practice on precisely this combination of science and law – and it is a combination of expertise he believes will be increasingly important for lawyers in the complex technical age we inhabit.

"I was in the first intake of the combined BSc/LLB course back in 1978. I did my major in physical chemistry and also did three years of mathematics," Jonathan says. Of the four degrees he completed, he acknowledges that chemistry was his favourite subject.

The first Beach – McGauran Scholarship, of $20,000 over two years, will be awarded in 2014 to a technical (science or engineering) graduate beginning the Melbourne Juris Doctor Program. The scholarship will encourage talented science and engineering students to consider the opportunity of studying law at Melbourne, regardless of their financial circumstances.

The McGauran part of the equation is Jonathan's partner Daria McGauran (LLB 1992). She graduated with three degrees, did a stint as a finance journalist, became a judge's associate to Sir James Gobbo and then completed her articles at Corrs.

The couple feel a strong commitment to supporting access to Melbourne Law School for deserving students in financial need: "We benefited from the era of free university education in the post-Whitlam era. Students today are not so fortunate. It is incumbent upon senior and well paid practitioners to recognise this reality and to perhaps make a contribution," said Jonathan.

When Ballarat girl Sarah Gleisner was in year 10 at Loreto College she visited the County Court of Victoria to observe a case. From that moment she wanted to be a lawyer.

After Sarah completed her undergraduate degree (majoring in international politics and Islamic studies), the Melbourne JD Harold Ford Scholarship made it possible for her to finally pursue her passion – in 2013 she is due to complete the Juris Doctor.

"I was absolutely delighted when I found out that I had been accepted to study the JD but this was tempered with the reality of cost. Could I afford to continue studying and living in Melbourne?" Sarah said.

Being offered the scholarship in 2011 meant relief from some of the financial worry and that her energy could be converted to focussing on studying law, and enjoying it.

"The scholarship gave me the opportunity to realise my dream and I have been grateful for each and every day ever since."

Sarah looks forward to making the most of every opportunity her JD has provided – with ambitions to work as a judge's associate, or in family or employment law. Her areas of legal interest reflect a long and intense interest in "humanities subjects and anything to do with politics", inspired and fostered by two of her secondary school teachers and threading through her personal commitment to volunteering.

"I can't believe how quickly the past six years have gone and my student days are almost over. I wouldn't be here without the donors and Professor Harold Ford, and will never forget his wonderful legacy. I feel privileged. I will never forget the generosity shown to me."

Respect for Indigenous heritage and belief in access to education prompts a senior Melbourne barrister to create opportunities for Indigenous students to study law through a new scholarship. 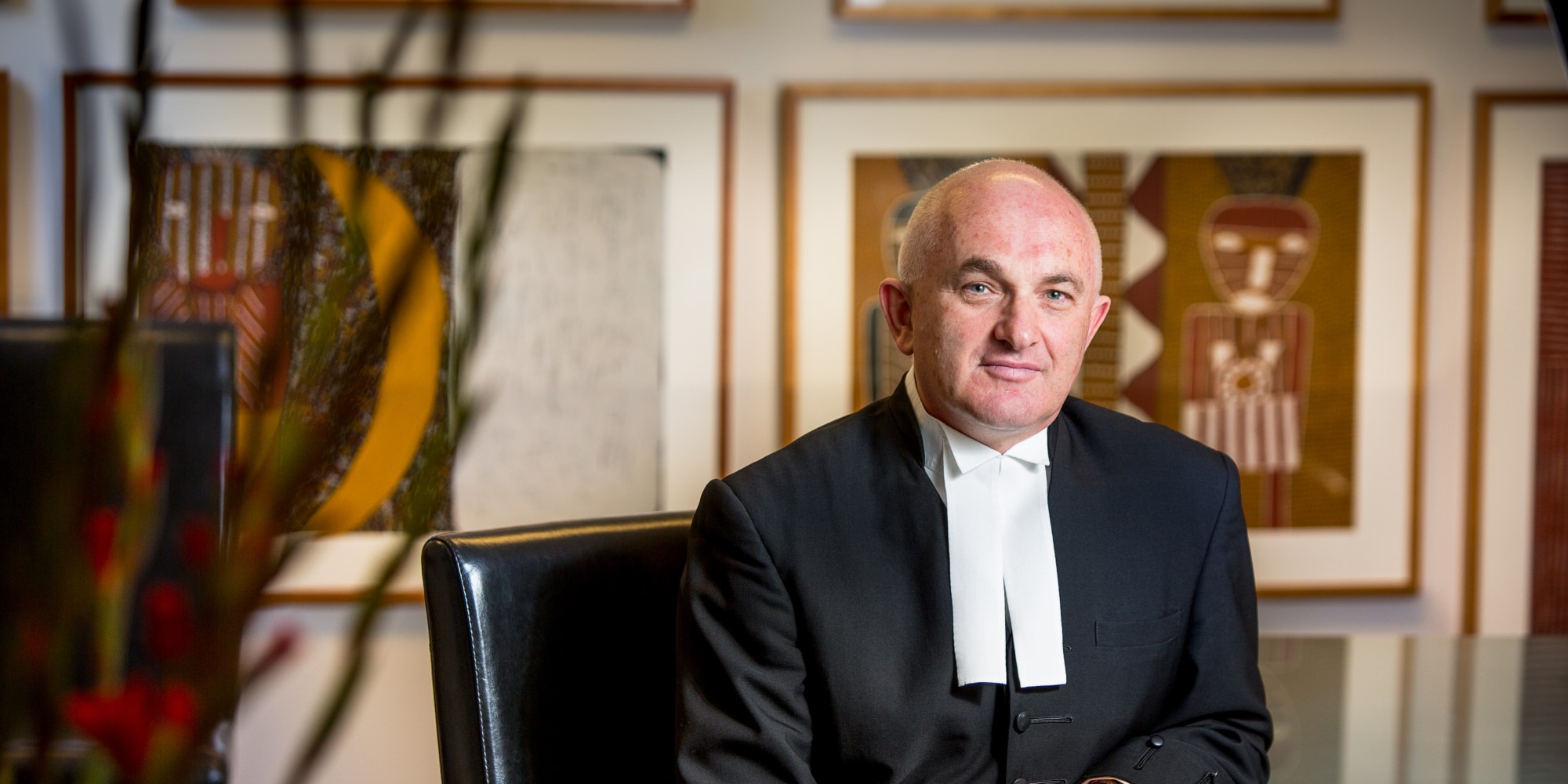 When Colin Golvan SC (LLB 1979) graduated from Melbourne Law School he promptly became a playwright (with plays performed by the Melbourne Theatre Company and Playbox Theatre) and a journalist with every intention of a writing career.

And so, apart from graduating with a law degree, the decision to pursue articles with Phillips Fox and become a solicitor, before signing the Bar Roll in 1988 (taking silk in 2002) might seem surprising.

Not so, according to Colin: "There is an obvious connection – it's about language and words, and courts are full of theatre. That's what I loved," he explains. The act of creating original works is another passion – and so the connection with his area of legal expertise, intellectual property law and especially copyright, seems natural.

A recipient of a free university education, Colin has a keen sense that "we have a social obligation, those of us who have been fortunate, to repay the opportunity". His work with Indigenous communities over the course of his career heightened that sentiment.

"When I came to practice at the Bar, almost my very first brief was to act for some Indigenous traditional artists from Arnhem Land whose art was being reproduced on t-shirts. Working with communities in Arnhem Land had a very big effect on me. I was privileged to have a very special exposure to our Indigenous cultures."

"If we want to see more Indigenous lawyers then we have got to take practical measures to assist their success. I am alive to the fact that Indigenous students do not generally come from privileged backgrounds where university is a natural option."

"But once they are through law school, they find their way nicely in legal careers and in particular make very able advocates. I enjoy very much watching these law students, a number of whom I have been involved with through their studies, become my colleagues in the profession."