The Transformation of Equitable Tracing 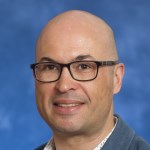 Trust and fiduciary law describes and justifies tracing better that seeing it as a process supporting a property claim absent aspects of obligation. It permits an effective scheme of separating the remedies of priority over creditors and taking any increase in value. This split is impossible if the claim is seen as one of property. This seminar examines how property view came to be and why it could fall out of favour.

The law of tracing grew alongside trust and fiduciary law and both were bound together in their formative years. As trust and fiduciary law were settled into strict rules, equitable interests came to be seen as a right or property, since their protections were broadly the same. Accordingly, tracing came to be seen as based in property too. This view of tracing is nowadays the conventional wisdom in England: Foskett v McKeown [2001] 1 AC 102 (HL); and perhaps this is true of Australia too: Evans v European Bank Ltd [2004] NSWCA 82.

This was a process of ‘lumping’ different facets of trust and fiduciary obligations law ill-defined but harsh ‘trustees’ duties’ in the nineteenth century. By the 1990s, however, trust and fiduciary law was splitting: in England see Bristol & West BS v Mothew [1998] Ch 1 (CA); and in Australia see Breen v Williams (1996) 186 CLR 71 (HCA). It became more sophisticated and its obligations better defined and less beneficiary-sided.

Consequently, modern trust and fiduciary law is a better fit for tracing and yields fairer, more balanced, outcomes than the Foskett property model. Moreover, some new case law supports this proposition. The rules cohere around a central idea. The idea has changed from strict beneficiary-sided rules to more balanced ones. The rules once cohered around the old idea, and are now changing in order to cohere around the new one. This is happening to tracing as it is to fiduciary law in general.

This seminar’s doctrinal aspect demonstrated how some of the questions from the first principles analyses of proprietary remedies in, eg, Bant & Bryan (2016) 6 J Eq 181 can be answered in the context of trust law. Its coherence argument assisted those wishing to counter the criticism in the literature that the new cases lack precedent and stray too far into obiter dicta discussing general principles. On the contrary, this is necessary given the shift in the central idea.

Dr Derek Whayman is a lecturer in law at Newcastle University, United Kingdrom. Dr Whayman’s primary research interest is equity, specifically fiduciary law, and particularly how it is being transformed is recent times. We have seen a huge number of foundational cases come before the appellate courts in the last 40 years. Contrast this with the law of contract, whose major doctrines were settled in Victorian times. Dr Whayman's doctoral thesis focused on one aspect of this transformation and his current research is focused on others.

Dr Whayman has some wider interests in private law and has published articles on: the interaction of contractual terms with fiduciary duties; the nature of tracing; the measures and allowances for disgorgement of profits for fiduciary accessories; the nature of the remedy for breach of trust; the nature of knowing receipt; and the remedy for taking a bribe or secret commission. Dr Whayman’s current projects include: a study on the application of rectification to computer-generated documents such as wills; and how the law and economics contractarian model of the corporation interacts with contract law. He is also writing a monograph on the broader transformation of equity.