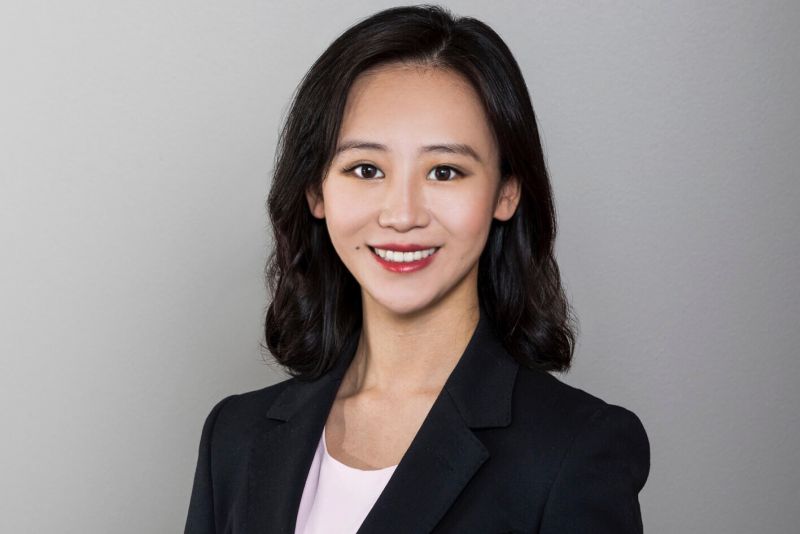 There’s a meeting room at Aitken Partners in Melbourne where commercial lawyer and Melbourne University graduate Di Miao (JD 2016) often greets clients. A large image on the wall depicts Jiangsu Province in winter, and other cultural objects picked up during the partners’ visits to China adorn the space.

The room is emblematic of Ms Miao’s role as the firm’s commercial lawyer and the primary contact on its China desk.

“I work as a bridge,” she says. “I help people from both countries communicate and understand the legal issues at play.”

Ms Miao studied law in both China and Australia, so her understanding of the two languages, cultures and legal codes makes her especially suited to help Chinese businesses coming to Australia and vice versa.

While most of Ms Miao's work is locally based, her background and experience bring another dimension to the practice.

“Chinese people and Australian people do business differently,” she says. “Sometimes there’s miscommunication – maybe about language – but more often than not it’s the cultural stuff.

“There’re not many people who have a legal background in both countries. So it’s interesting to work with cultures I’m familiar with, but I also get to learn something new every day about how they interact.”

Before moving to Melbourne, Ms Miao completed an undergraduate degree at one of the country’s best law schools, China University of Political Science and Law.

When she graduated, however, she found that she wanted more legal experience and an opportunity to pursue further study, preferably abroad. She decided to move to Australia, where she had recently holidayed. After visits to Brisbane, Sydney and Melbourne, she fell in love with the country and its lifestyle.

“I found that it would be a really good place to have a life,” she says. “People are really nice. It’s not too busy. And I thought that in Australia, unlike the US or China, you could have a really good work-life balance.”

"Australia, especially Melbourne, is also a major urban and commercial hub in Asia Pacific. It is commercial enough for young people to have their career."

Ms Miao completed the University of Melbourne’s three-year JD program in two-and-a-half years. She also undertook an internship at JobWatch, an employment rights legal centre, where she counselled callers regarding fair work issues. The experience deepened her passion for the law, because she was able to work with people on real-world problems.

“In university, you’re always working to solve fake scenarios. But it’s always more complicated in the real world,” she says. “People can come to you and be really upset. And if you’re able to help them understand something, or give them some light at the end of the tunnel, that’s a good feeling.”

While at the University of Melbourne, she was also excited by the diversity of those she met. Some of her classmates went on to work in journalism or government departments, and she learned that studying the law could prepare people for more than a legal career.

“Law teaches you how to think. You can think like a lawyer, even if you never become one. It’s that basic business common sense and understanding,” she says.

After graduating with her JD in 2016, Ms Miao undertook a practical legal training course at the Leo Cussen Centre for Law and then started her career in as a lawyer in Melbourne.

In 2017, she moved to Aitken Lawyers to be a lawyer at their commercial and property team, and part of their China desk. She now works with local businesses that want to interact with the Chinese community or set up business in China, and she helps Chinese companies do business in Australia.

For Ms Miao, practising law has turned out to be more creative than she expected and she works with new people every day.

One recent client, for example, is a famous Chinese comedy and theatre company. They wanted to bring musicals and stage plays to Melbourne, and Ms Miao was involved in setting up their business here.

“You get to have a little taste of every industry,” she says. “And you can work with them and grow with them, especially when they start a business from scratch.”

“People think it’s a lot of boring reading,” she says of the law. “But it’s creative. If you have a question that’s hard, you find a way to work through it – with others or by yourself. I found the fun in it.”