Reflections on the Lord Mayoral campaign

MLS alumna Sally Capp (BCom, LLB(Hons) 1991) was sworn in as Lord Mayor of Melbourne in May this year. 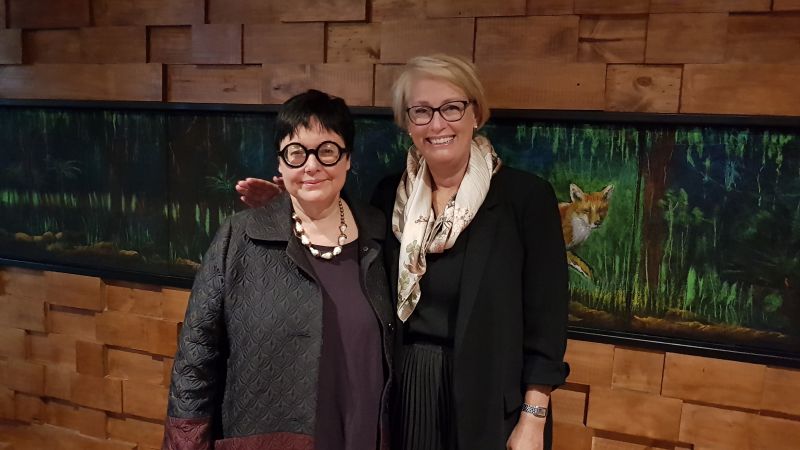 Speaking at an MLS Alumni Seminar on Tuesday 17 July, the Lord Mayor reflected on her experience of the election campaign and the qualities she drew on to enter the race.

“The campaign was the most extraordinary experience,” the Lord Mayor said.

“I have never had a more intense three months in my life.

“I feel so grateful, honoured and privileged.”

The Lord Mayor, who is the first woman to be directly elected to the role, attributed her successful campaign to three “anchors”: independence, authenticity and substance.

“I want to represent the interest of all Melburnians and focus on good ideas and outcomes,” the Lord Mayor said.

“Being independent and authentic meant I could genuinely respond to, be passionate about and be concerned about the things happening around Melbourne.”

The Lord Mayor said independence and authenticity kept her focused throughout her campaign, while substance gave her a greater understanding of issues in the City of Melbourne.

“Substance was a source of strength because I could delve back into conversations or research to say, ‘Here is what other people have said and this is what the data tells us,’” she said.

“It’s about understanding issues in a deeper way so our solutions can actually be effective, achievable and relevant.”

The Lord Mayor decided not to align with a political party, believing this could compromise her authenticity and independence.

“I was asked by both of the major parties whether I would consider running with them and I said ‘no’,” the Lord Mayor said.

“I felt it was very important to be independent and work across all parties and levels of government.”

The Lord Mayor also decided not to negotiate on the direction of preferences with any other candidates, despite it possibly being the difference between winning and losing.

“The fact that I wanted to be independent and authentic meant, in the end, I didn’t do preferences,” the Lord Mayor said.

“When I realised what I was going to have to compromise to get other people to put me as their second preference, I was not willing to negotiate.”

Reflecting on her decision to run in the campaign, the Lord Mayor said finding the courage to put her hand up came from both her passion for the role and her willingness to accept that she might fail.

“I had passion and conviction about it being a serious role that deserves serious candidates,” she said.

“But I also have a very low fear of failure because, in my mind, even if you don’t achieve everything that you thought, as long as you have learnt something from an experience, you’ve come out ahead.

“It’s okay to fail, and that gives me the courage to put my hand up for things that other people may not.”

Casting her eyes ahead, the Lord Mayor believes the City will need a daring, collaborative attitude to take advantage of population growth.

“We want a Melbourne that is successful because of the growth,” she said.

“We need to create a community that has a boldness to its thinking and action to harness this opportunity.”

The Lord Mayor emphasised collaboration will be crucial for the City of Melbourne’s longer-term development.

“A big part my role is to lead our community to create a much brighter future,” she said.

“But the only way that we are going to be able to do that is if we all work together.”