It’s an age-old adage that you never stop learning. But for Rachel Amamoo, Managing Principal Solicitor at the Victorian Government Solicitor's Office, this is a saying that holds true with respect to her current masters studies at Melbourne Law School. 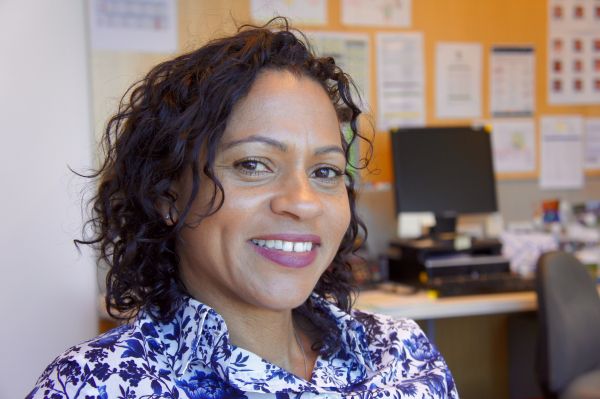 Experience is one thing Rachel Amamoo does not lack. Amongst the senior solicitor’s most notable achievements are an associateship at the Australian Federal Court, a Master of Laws at Columbia University and work as a commercial litigator in top-tier firms across Sydney, New York and London.

Arriving back in Australia in 2007 after an extended stint overseas, Rachel landed a job in the litigation team at the Victorian Government Solicitor’s Office (VGSO) starting out in the litigation branch and moving to the public law team in 2011.

“We advise government on a range of subjects including on constitutional issues, statutory interpretation, parliamentary powers and privileges, negligence, privacy and secrecy laws,” Rachel says.

Rachel’s initial motivation for enrolling at MLS was to help her transition to her new role.

“I started off enrolled in the Graduate Diploma of Government Law, with the idea that this would help my transition from commercial litigator to working in the Public Law Team at VGSO,” she says.

Once she started her studies, however, Rachel saw how the knowledge gained in the diploma was more broadly applicable and useful than she had anticipated.

“The first subject I did was Statutes in the 21st Century with Justices Hayne and Gordon and that subject has been invaluable to my practice of law on an almost a daily basis,” says Rachel.

This led Rachel to continue with a masters, and she is well into her Master of Public and International Law.

“After experiencing similar utility with the next two subjects I completed (Executive Power and Judicial Power) I decided I couldn’t pass up the opportunity to continue.”

Since extending her studies, Rachel has not looked back. Despite her wealth of experience, she frequently uses knowledge gained during the course when providing advice at work.

She feels one important reason for the course’s relevance to actual legal practice is the lecturers she has encountered, many of whom practice in the area they teach.

“Each of the lecturers for the subjects I have completed has been inspirational, both in terms of their depth of knowledge on the subject and their ability to impart that knowledge. I have also found that the lecturers are very generous in sharing their career experiences as academics or practitioners (or both).”

Another important aspect of the learning experience for Rachel is the opportunity to collaborate with, and learn from, other students with professional backgrounds as diverse as hers.

“Each class typically also has a good mix of students with diverse legal backgrounds enabling us to learn from each other as well. A great example of this was Comparative Federal Constitutional Law where we had students from different federal systems who were able to provide their perspectives on the topics we covered.”

Asked to summarise her experience as an MLS student in light of her other educational experiences, Rachel feels the MLM is an exceptional course, with each subject directly helping her to do her job.

“I find that I come away knowing a bit more about how to be a better lawyer generally speaking, as well about the particular subject.”