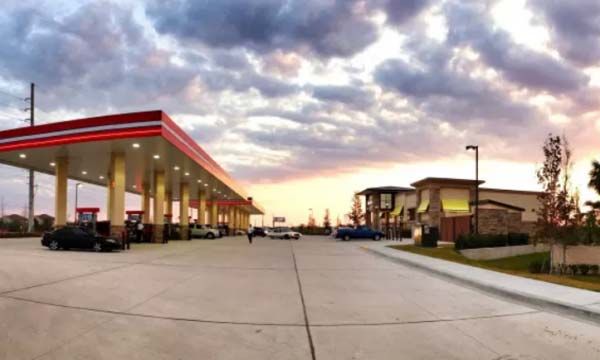 Big business doesn’t need the cover of a quiet round of golf between executives to collude on prices. Indeed, they don’t even need to talk at all. By simply communicating through their prices they can, and are, lining their pockets at the consumer’s expense. And it is perfectly legal.

But now for the first time we have empirical evidence showing how this so-called “tacit collusion” works. My research, with Associate Professor Nicolas de Roos at The University of Sydney, analysed more than 1.7 million unique petrol price data points to show how tacit collusion among petrol retailers in Perth between 2010 and 2015 inflated the price motorists were paying to fill up their tanks, and helped increase profit margins in the range of 50 per cent.

We are not suggesting the petrol retailers are engaged in explicit collusion. But the findings present an urgent new challenge for policy makers and the Australian Competition and Consumer Commission in dealing with markets that are dominated by just a few big players among many small ones. Big players can act like conductors, and smaller players can act like the orchestra, in coordinating on tacitly collusive pricing behaviour.

As part of our study we developed and analysed a unique dataset on retail pricing in the Perth petrol market in Western Australia. Using that we examined the evolution of competitive conduct and collusion in a retail market using every single retail price set over a 15-year period going back to 2001.

For Australian motorists it might not be news that petrol prices move in cycles. In Perth, the petrol price cycles work like clockwork - every Thursday prices jump by 15-20 cents per litre (cpl) and then are progressively cut back by 2 cpl per day until the next Thursday price jump when the cycle repeats itself.

Before 2010, all major petrol retailers in Perth – BP, Caltex, Woolworths, and Coles – as well as the smaller independent retailers like Gull, engaged in price jumps on all days of the week. But post 2010 we see a change. BP, the market leader, introduced Thursday price jumps. At first the price jumps were limited to the majority of its own stations, but soon we saw BP’s competitors conform to the Thursday jumps at different rates. After only two years, Thursday jumps were solidified as a focal point for setting market prices.

This tacit collusion softened price competition, resulting in higher profits for all firms involved, and higher prices for consumers. We found that between 2010 and 2015, retailers saw profit gains of up to 57% at the top of the price cycle; from 11.39 cpl to 17.87 cpl. That means consumers were paying up to 57% more to fill their car than five years earlier.

These changes in profits imply roughly a 7 cpl transfer from the average consumer to the companies. If you own a Toyota Camry with a 70 litre fuel tank, then because of this collusive pricing, you are paying about $4.90 each time you fill up. If you fill up your tank twice a month, you are paying roughly $120 more per year in petrol costs, a substantial increase for most Australian families.

Our study has provided evidence of the ways through which collusion is possible without any form of explicit communication. As a dominant firm, BP is able to use its pricing to communicate with its rivals in a way that leads to higher prices and profits. What this means for policymakers is that any change in the structure of markets that gives way to a few dominant players, yields a setting that is ripe for dominant players to engage in price leadership and initiate tacit collusion, which we know is already happening in the petrol market.

It’s not all bad news. Data rich or “Big Data” environments like the one we study potentially present new opportunities for competition authorities to detect and investigate collusive behaviour. Historically, policymakers have used screens for collusion that detect cartels that have already formed. Our research provides new insight into the patterns to look for in data rich environments, namely price leadership and price experiments, to identify cartels during their incubation stage, not after they are already formed.

First published on 13 February 2017 in Inside Business