One of Melbourne's leading business figures, Elizabeth Proust AO, shares her reflections on a career that has spanned the public and private sector. 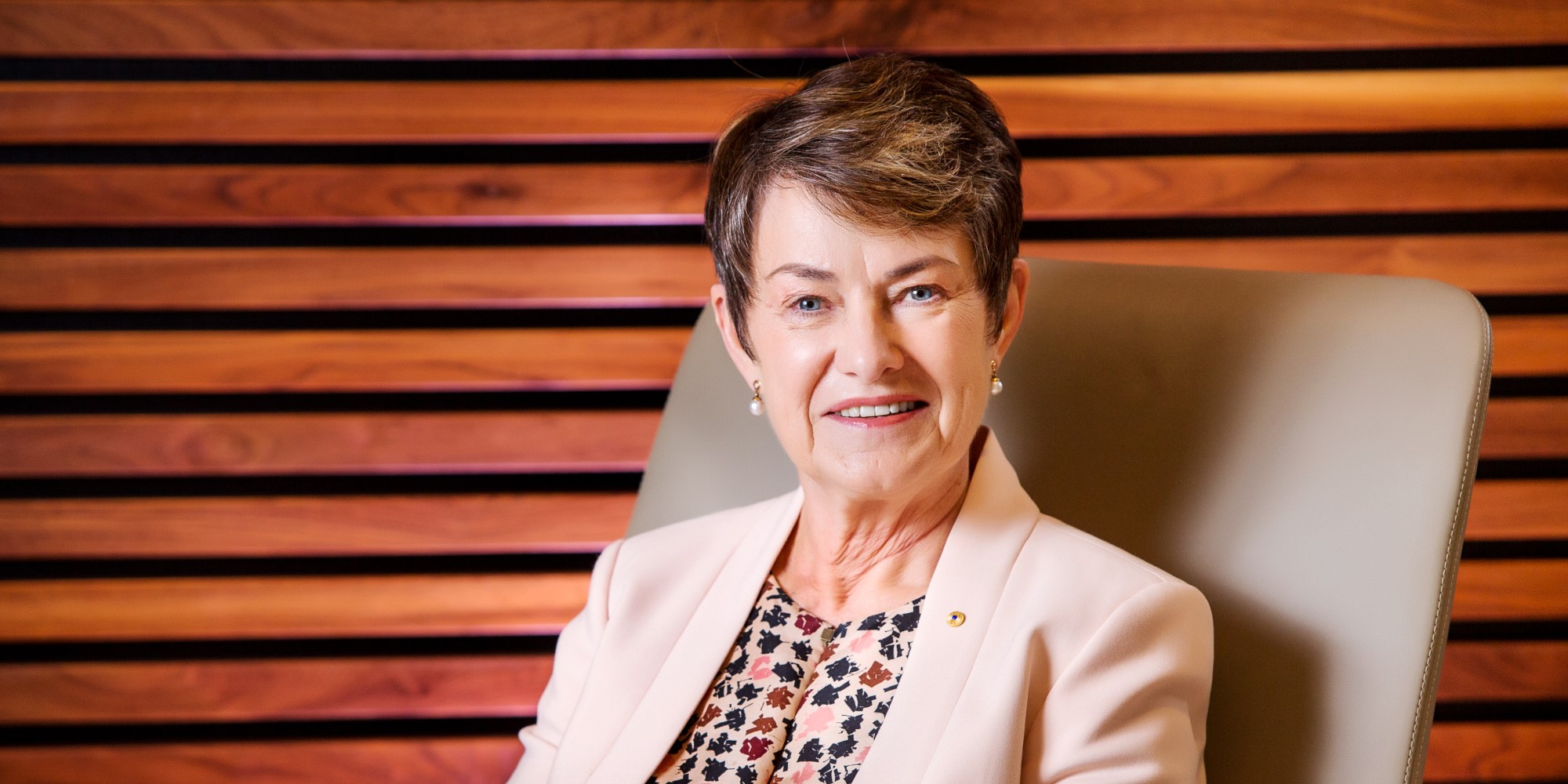 For a woman as closely associated with all things Melbourne as Elizabeth Proust AO (LLB 1985), it shouldn't be surprising that she spends her winter weekends avidly cheering on the Collingwood Football Club.

It's probably not news at all to fellow Collingwood supporters, but for many it's the impressive credentials in banking, boards and directorships, her stint as CEO at the City of Melbourne, leading roles with successive Victorian governments and her outspoken championing of gender equity in the senior ranks of the private and public sector that spring to mind first.

The Melbourne legal profession, in particular, will be familiar with the fact that she is married to alumnus Brian Lawrence (LLB 1968), who was until his recent retirement one of Australia's top industrial barristers.

Lesser known facts about Ms Proust include that she spends about a week each month in Queensland for a break in her otherwise tight schedule, and is revelling in being a grandparent to her Sydneysider grandsons, Noah and Otto.

"Being a grandparent is a whole new world. We're rediscovering the zoos and," she says with a wry smile, "the joys of travelling with little ones."

Studying law at the University of Melbourne was something Ms Proust did with characteristic maximum efficiency and focus.

It was the second degree she juggled with work (her first was a Bachelor of Arts at Latrobe University); but this time she was a mature-age student, married, the parent of a young child and working in an established career.

"I was in and out; I didn't make all the lectures; I had a child so I wasn't hanging around on campus. For me it was straight up St Kilda Road on the tram to lectures and out again." She swapped notes with similarly committed mature-age students and finished the LLB in 1985.

With all those commitments, why study further?

"I felt I needed another qualification," she says. And it certainly assisted when she became head of the Victorian Attorney-General's Department and was working constantly with lawyers: "I spoke their language. I had an understanding of legal issues and could be an informed legal client".

"There is a logic and a rationale that is a different way of approaching issues, of thinking, and it's useful."

But she never really contemplated becoming a lawyer: "I never describe myself as a lawyer. I don't think I ever thought I would become a lawyer".

It wasn't that she was uninterested in the profession – with a Bachelor of Arts majoring in sociology, she completed her thesis on barristers and their clients. But what makes this leading business figure tick is the challenge of 'fixing' things; she is interested in all methodologies, all sectors and spheres.

"It has to interest me – it either has to be something about the job or the people – or the intrinsic nature of the challenge and the work itself," she explained.

Certainly her career is unusual – at least in Australia – in that she has crossed the divide of public sector and private employment more than once, and was made an Officer of the Order of Australia in 2010 for her involvement in a range of arts, charitable, university and business boards. It is a career developed with varying measures of luck and design.

"Every career has an element of being in the right place at the right time. Mine is no different. There is an element of luck, but also networking is important and you need to manage your career."

Certainly she has no secret, unachieved ambition:  "I don't think 'I wish I'd done X' specifically, although maybe 'I wish I'd done X better'." Some of her other interests are exercised through involvement in not-for-profits and charities. "I was the Chairman of the MSO - but I can't play a note," she adds.

For Melburnians, she is probably best remembered as the former CEO of the City of Melbourne at the time of massive upheaval in the local government landscape in the mid 90s under then premier Jeff Kennett, when 210 councils were amalgamated into 78 (there are now 79) and commissioners were appointed. "It was a renovator's opportunity," she says drily. "Just about everything was broken."

Interestingly, she has worked for both sides of politics – as head of the public service for Liberal premier Jeff Kennett, and previously as chief of staff for Labor premier John Cain (LLB 1953), among other senior public service appointments.

But for those in the finance sector, her series of senior roles in banking are the standouts. She led several areas of the ANZ over eight years, including HR (across 43 countries globally) and Corporate Affairs and served as Group General Manager, and was managing director of Esanda prior. The roll call of her board positions and directorships in the corporate sector include: Bank of Melbourne, Nestlé Australia, Perpetual, Sinclair Knight Merz, Insurance Manufacturers of Australia. More broadly, she holds directorships with the Sports Australia Hall of Fame, is a Trustee for the Prince's Charities Australia and a member of the Australian Catholic Church's Truth, Justice and Healing Council.

For a life so closely intertwined with Melbourne, Ms Proust's childhood was actually spent in country towns in inland NSW before the family moved to Wollongong where she completed secondary school. She then moved directly to Melbourne "for all of the advantages that a big city can offer", including job options. She worked for the Young Catholic Students movement, then BP Australia in public affairs.

Ms Proust was the eldest of nine children, and her mother was particularly adamant her daughters should be educated. Certainly throughout her career, Ms Proust has developed a formidable reputation championing women in leadership and gender equity and is outspoken about how that might be achieved.

Individually, she believes that women themselves need to be prepared to take career risks, dispense with the idea that "as long as I work hard someone will notice" and expect that in a relationship, the couple will commit to investing equally in both careers – and that means also investing in childcare arrangements.   But systemically, Ms Proust believes there is a long way to go. "I was never a fan of quotas. But nothing much has changed and it's been a very long time."

She points to the very few women leading government departments (only one of nine Victorian departmental heads, for example) and that there are ASX companies with no women on their boards at all and very few with women CEOs. "Just look at the Federal Cabinet," she says, referring to the inclusion of just one woman in the current Prime Minister's Cabinet.

Ms Proust is firmly of the view that time will not fix the gender imbalance, and wonders too what the basic inability to address gender inequity means for diversity of any kind at the top levels of leadership in the private and public sectors.

"We want a group of people in our government that look like the Australian community," she says, adding that across the private and public sectors "there will be very slow progress unless there are serious targets and serious efforts. There are economic benefits – why would you educate 50% of the population only to discard them?"

However, she believes the picture does not need to be bleak – she cites programs such as the Australian Institute of Company Directors' mentoring program and comments that "good boards are recognising the issue and doing something about it". A useful test for board aspirants, male and female, is to look closely at the boards they might be appointed to and scrutinise the actions as well as the words of the organisations.

For young women studying law now, Ms Proust urges broad thinking: "Realise that in addition to traditional legal careers there are many others. Don't feel like you have to stick at the law just because you have the degree. Be open to a number of career options – it's often not until your 30s that you really realise what you want to do."

And, she adds, it doesn't hurt to take a few calculated career risks and aim high.