Last year, Melbourne Law School graduate Shaan Ali (JD, 2015) saw a harrowing image of a Syrian mother drowning as she held her baby above the water. It moved him to help out on the frontline of Europe’s refugee crisis.

He flew to Lesbos, Greece. This began a transformative experience that has continued until now, taking Mr Ali from Greece to Lebanon, where he has been providing humanitarian assistance to boatloads of refugees fleeing from conflict in Syria.

Below, Mr Ali recounts his experience in Lesbos and Lebanon:

After having been away from the crisis and Greece for nearly two months, I returned to Lesbos in early December 2015. From my very first moments back, I could feel just how those eight weeks had radically changed just about every aspect of refugee reception. More assistance had finally arrived.

Alongside the arrival of the international NGOs, however, policy and bureaucracy shaped the often rapid manner in which volunteers received those fleeing war.

At the end of February, the Ministry of Immigration resumed control of the camp, ousted all NGOs, installed military control and rehashed it into a detention and deportation facility.

I left Greece for Lebanon, where nearly 1.5 million people sought refuge in a country with 4.5 million inhabitants; the highest per capita refugee population in the world. 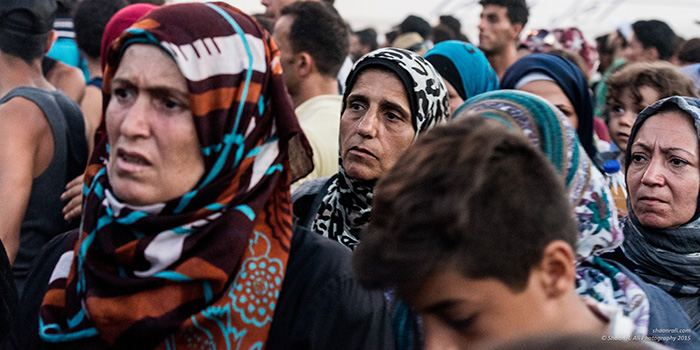 The decision to leave was one not easily made. It is easier to leave something that you think is moving in the right direction. I saw months, years even, of incredibly hard work unravel as refugees are now uniformly deported to Turkey. It is regrettable that Europe is now following Australia’s example.

I have now spent the past two months building up Salam, a Lebanese NGO operating mainly in the Bekaa Valley, 45km from Damascus, setting up a foundation to receive international volunteers, conducting needs assessments of individual families and fundraising for refugees.

Here, not in transit, refugees live in shanty set ups, more like slums, known as ‘Informal Tent Settlements’. Now, four to five years on, many still dream of the day they can return to their villages and rebuild their cities; dreams that are shaken back to a harsh reality as the booming sounds of airstrikes echo on the other side of the valley, shaking the haphazard foundations of their makeshift shelters.

My training as a lawyer has helped me vastly as I mediate agreements between Salam and UNHCR, military authorities and municipalities and in seeking the relevant permissions for entering settlements. The road home for me draws near and as I reflect on my experience, I am filled with gratitude primarily for the volunteer community.

Banner image: Behind the fence and Crowds of women, Lesbos