New South Wales Solicitor-General and MLS alumnus Michael Sexton (LLB(Hons) 1969) has chronicled some of Australia’s most important moments in political and legal history.

From his earliest published works to his most recent, On the Edges of History: A Memoir of Law, Books and Politics, Sexton has detailed the events that have shaped the Australian political sphere, from former Prime Minister Gough Whitlam’s sacking to corruption in the Queensland Police Force.

“The purpose of the book was very much to record some of the history that I had either been present for or written about – or both – so that this material would be preserved in some form,” the 69-year-old says.

Inevitably, a lot of this kind of information is effectively lost if it is not written down and published to a general audience. 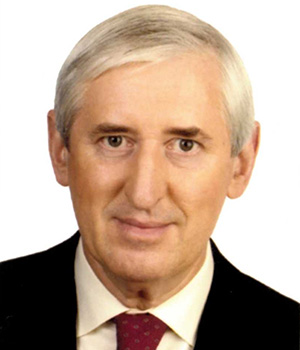 Sexton got his start writing for journals during his university days (when he was also secretary of the Melbourne University Law Students’ Society) and followed this by writing books and for newspapers and magazines. The experience formed his interest in defamation law.

During his 14 years at the Bar, Sexton dealt primarily with media law, and he is the co-author of the leading national text on defamation, Australian Defamation Law and Practice.

He also practised in constitutional and administrative law, and spent a year and a half working on the Chelmsford Royal Commission into mental health services.

Sexton’s ascension to the Bar followed a number of academic positions within Australian universities.

He says the transition from legal academic to silk was one of the most difficult challenges in his distinguished career.

“It is true that giving classes and arguing in court are both public performances but there is normally more pressure from courts than from students.”

Sexton was appointed to his current position in 1998.

He says successfully defending important pieces of NSW legislation in the High Court has been a highlight of his job.

The attraction of this role is appearing in so many major cases, particularly constitutional cases in the High Court, and providing advice to government about the most difficult legal questions.

Outside of the courtroom, Sexton’s published work is often controversial.

In his latest offering, he argues that jurors in Australia should be told of an accused person’s prior convictions.

He says this belief comes from discussions with former jury members who have complained about having this information concealed when it might have been highly relevant, such as where there are similarities between the previous offences and the current charge.

“This is now the rule rather than the exception in England and it does not seem to have significantly altered the process for criminal trials.”

Others would disagree, but Sexton’s long-time advocacy for freedom of speech means that he never complains about contrary opinions.