Engineering, science, biotech, chemistry, digital technology – these are the  first loves of those whose expertise protects inventions and innovations, smoothing the path to commercialisation for everything from a polymer coating for paint to pharmaceutical compounds or a circuit for the newest mobile phone handset.

Dr Annabella Newton (LLM 2016) is a patent and trade marks attorney for Phillips Ormonde Fitzpatrick, a leading intellectual property firm in Australia. But before she was a lawyer, Dr Newton was a scientist who specialised in chemistry and life sciences. She arrived in Australia in 2010 to take up a post-doctoral research post at CSIRO after completing a PhD in the United Kingdom. Her interest in patent law began at the national science agency, which she says has “a strong patents team”.

My work in the laboratory made me realise over time how important patents are to the translation of research. It was a real eye opener.

The movement of scientists into the law is evident from any cursory look at the resumes of patent attorneys. 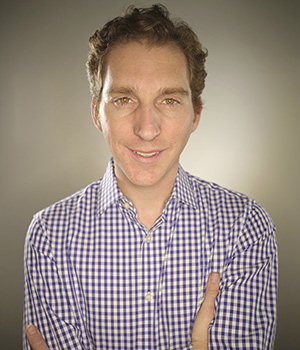 “I enjoyed being in science and it is a well-worn path – scientists moving into the law,” Dr Newton says. “By the time I decided to take that course, I had friends leaving the lab to become patent attorneys – I think I knew someone in nearly every firm.”

As a scientist, Dr Newton worked on various projects involving organic chemistry and new methods for the manufacture of chemicals and materials, and particularly the synthesis of bioactive small molecules. These methods are useful in the production of pharmaceuticals and plastics. She has been published in several highly respected scientific journals, including the Journal of the American Chemical Society, the Beilstein Journal of Organic Chemistry, SYNLETT and publications of the Royal Society of Chemistry.

I have experience first-hand of how confusing and muddled the law can seem
to non-lawyers; having the ability to translate between science and the law is critical. The fact that I can say I am a former scientist automatically lends credibility to the advice about how we move an IP strategy forward.

Since 2013, Dr Newton’s practice as a patent attorney has oscillated between international clients experienced in protecting IP across the globe and looking for an Australian firm to do the patent filing in our region, to local inventors and innovators just starting out.

Patent attorneys are authorised to handle patent applications on behalf of others for lodgement with the Australian patent office (IP Australia). This requires significant technical expertise (usually science or engineering) followed by relevant legal training in order to pass the rigorous examination process required for registration with the Professional Standards Board for Patent and Trade Marks Attorneys.

David Bailey (BE(CompEng)(Hons) 1997 Engineering, LLB(Hons) 1999) is based in California at KPPB, a firm he established with colleagues in 2007. He and the firm have carved out a niche, even within the highly technical area of patents and trademarks, because of their focus on the most complex areas of technologies; an enviable constant source of work for KPPB emanates from Silicon Valley.

Our clients come to us usually after trying three or four firms because they need a team of lawyers that understands the complexity of their technology.

Clients might be working on something tiny and intricate but with the potential for enormous impact. Examples include technology used in self- driving cars, machine vision systems for the latest autonomous drones, robots that can act as first responders in environments unsafe for humans, and mining of genetic data to work out why some cancer therapies work and not others.

Start-ups come to us to help them develop an IP strategy to protect their innovations and assist them with navigating fundraising and the continued growth of their business, this requires an interdisciplinary team with deep expertise in each of the many varied technologies that may be touched on by a given innovation.

His recruitment process for the firm involves scouring the United States for the brightest science and engineering graduates that have gone to law school. The final phase of the recruitment process involves showing them an innovation that has never been seen before, and requiring them to draft a memo explaining what it is, how it works and what its applications might be.

The most intense areas of engagement currently involve companies licensing technology in mobile phone handsets. Bailey says this can turn “a tiny technology start-up with 30 people into a billion dollar company overnight”, so competition and negotiations are fierce.

The rewards are also intense for those who enjoy the juxtaposition of technical disciplines and legal protections.

“It’s rewarding to have that kind of input into a commercialisation strategy; to be a part of the ‘we think we have something but we’re not sure what yet’ stage of the conversation,” Dr Newton says.

For Bailey, working with people who have groundbreaking ideas is immensely gratifying.

“A lot of my clients are immigrants who come from incredibly diverse backgrounds – India, Iran, Egypt – they are unbelievably smart and driven people,” he says. “They’re usually well-established, they often have families with a couple of kids. Then they have an idea and it burns inside. They quit their job and they put it all on the line because they see an amazing opportunity for something that will be completely transformative. It’s fascinating to me.”