A career in foreign affairs and diplomacy has been a rewarding experience for these MLS graduates. 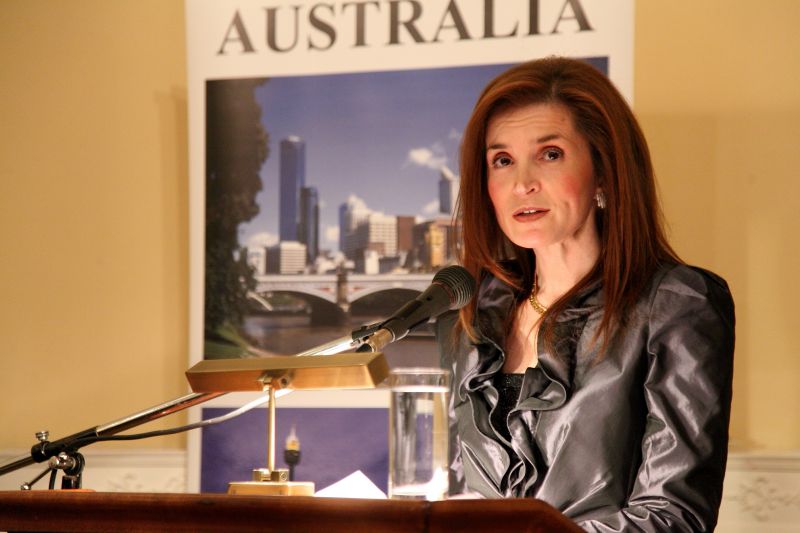 Studying anthropology then working as a lawyer in the Northern Territory, followed by a stint in intellectual property and a role at the ABC, may not be the most well-worn path to becoming a diplomat. Nevertheless, it led Jonathan Kenna (LLM 2006) to his role as Australia’s Ambassador to Sweden, Finland, Latvia and Estonia.

Kenna’s move to Stockholm in 2016 is his third overseas post, but first as Ambassador.

“It's an honour and a big responsibility,” he says.

I'm always conscious that the embassy needs to push forward the economic relationship and policy agenda, plus be prepared to respond quickly and effectively to any event that puts Australians at risk.

Kenna says that while the Swedish archipelago is “obviously very different” to Australia, “its unspoilt beauty and the Nordic love of nature remind me of home”.

“Although I left Sydney when I was 27, I've never lost my love for the physical beauty of that sandstone, banksia and angophora country.”

Jenny Bloomfield’s Greek heritage and multilingual background have been integral to her career as a diplomat. Between 2011 and 2014, the MLS alumna (BA 1992, LLB(Hons) 1992, BLitt 1993) was Australia’s Ambassador to Greece with non-resident accreditation to Romania, Bulgaria and Albania.

Bloomfield, now the Director of the Victoria State Office of the Department of Foreign Affairs and Trade (DFAT), has also served overseas in Japan, Argentina (as a spouse) and Iran.

It was a DFAT presentation during her university days that sparked a life-changing interest in a career in foreign affairs.

“Over the two decades that followed, I have been privileged to work in diverse roles spanning the range of the department’s work – policy and corporate roles in Canberra, four overseas postings, and now leading DFAT’s presence in Victoria,” Bloomfield says.

For Vorapong Vadhanasindhu (BA 2009, LLB(Hons) 2009), born in Thailand and schooled in Australia from age 11, a career in government had always appealed. On returning to Thailand in 2011, he completed a United Nations internship in Bangkok before working for the Thai National Security Council and then the National Economic and Social Development Board. He joined the Ministry of Foreign Affairs as a diplomat in 2014 and currently holds the diplomatic rank of second secretary.

“No days are ever the same for a diplomat,” Vadhanasindhu says.

Today’s world is one of constant movements, where fast communications and social media are spreading news, views and trends very quickly. Diplomats, who are expected to be well-informed and updated on a range of issues, are therefore required to be even more up to speed on the latest developments.

The combination of representing Thailand and the opportunity to make a difference, “whether it is helping a fellow countryman or woman in need, or taking part in negotiations on pressing global issues”, is what Vadhanasindhu thrives on.

For Bloomfield, working on issues close to her heart has been intensely rewarding and she has been able to claim a few ‘firsts’ along the way.

“I have been privileged to work on diverse issues critical to Australia’s interests – from deepening Australia’s engagement with the European Union, to shaping Australia’s response to the Arab Spring, to helping put in place the key pillars of Australia-Japan security cooperation, to driving our domestic diplomacy by engaging the Australian community,” she explains.

“Without a doubt, my experience as Australia’s Ambassador to Greece, the first Greek-Australian and first female to occupy the post, during the profound Greek and Eurozone crises has been one of the most challenging, as well as the most rewarding.”

Her current role in Melbourne draws on this experience.

We need to listen to, persuade and inspire the Australian community – to tell the foreign investment story of jobs and innovation, leverage diaspora, arts, culture and sports, and articulate the benefits of an open economy and a diverse, inclusive society, which have underpinned our nation’s prosperity.

For Kenna’s small team in Stockholm, pursuing Australia’s economic, foreign policy and security interests is a vital component of the job.

“Though it’s a long way from Australia, this Nordic-Baltic region is very relevant to Australia,” he says.

“We see the world in similar ways: embracing globalisation, committed to development cooperation, liberal values and human rights, actively contributing to regional and multilateral institutions, (and) defending and promoting the international rules-based order.”

As Kenna points out, the economic relationship is significant, with big companies from this part of the world, such as IKEA, Saab, Skype, Spotify and H&M, operating in Australia. There is also much to share in areas like innovation policy, where the region is a stellar performer.

As to a career with DFAT, Kenna emphasises that there’s no ‘cookie cutter’ candidate for this kind of work.

“The Department understands that diversity delivers institutional resilience and analytical strength, so it needs and wants people with a wide range of skills, from a diverse set of backgrounds.”

Bloomfield says: “Ultimately, it is about practical, highly motivated people from across the spectrum of Australia’s diverse society, who understand the contribution Australia can make internationally and are passionate about pursuing Australia’s interests.”

A career in foreign affairs is within reach for those with a global outlook. As Vadhanasindhu puts it, “in the end, both law and diplomacy are about achieving certain objectives or interests, but never losing sight of the overall, long-term relationships and higher objectives”.

This article originally appeared in MLS News, Issue 17, May 2017