It is a pleasure to write to you in my capacity as Interim Dean of Melbourne Law School as 2017, our 160th year, draws to a close. In my nearly four months acting in this position, it has been a pleasure to meet with so many members of our alumni community and to learn some of what you have done and are doing. 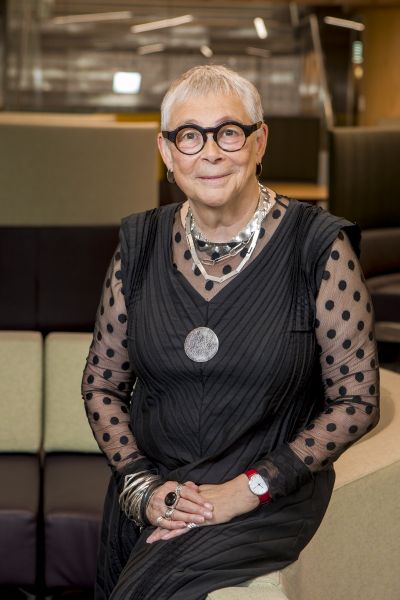 In July, following a series of 160th anniversary celebration events, including our gala dinner and a visit from the Chief Justice of the United States, we farewelled Professor Carolyn Evans as Dean of MLS. Carolyn is not far away, having stepped into the role of Deputy Vice Chancellor (Graduate) and Deputy Provost for the University. In the six and a half years Carolyn held the role of Dean, she served the MLS community with distinction. Under her leadership, the Law School excelled in the education of our students, attracted new funds for important legal research and fostered strong connections with the profession, the judiciary, government and alumni. I am sure you will enjoy reading more about Carolyn’s contribution to MLS in this issue.

We were delighted to learn in October that Melbourne Law School has been ranked seventh in the world and first in Australia in the Times Higher Education World University 2018 Subject Rankings for Law.  It is the first time in which Law has been included in the subject rankings, and Melbourne Law School is the only Australian institution represented in the top 30.

The position reflects the hard work and dedication of MLS staff and students.  The ranking is a credit to the outstanding research being conducted by colleagues across the Law School, the teaching excellence in our teaching programs, and the international outlook fostered in our research and study partnerships.

In this issue we also talk with alumnus Peter McMullin, whose generous donation to the University is enabling the establishment of a new Centre on Statelessness at MLS. The Centre, to be led by Professor Michelle Foster, will undertake important research on the causes of statelessness and make recommendations for policy reform in helping to fight this global problem.

It was with sadness that I attended the funeral of the Honourable Rosemary Balmford AM in August. Rosemary was a trailblazer for women in the law, as the first woman to be appointed to the Supreme Court of Victoria and the first permanent female lecturer in law at the University of Melbourne. We pay tribute to her in this issue.

One of the highlights of my time acting as Dean has been hearing more about the achievements of our staff and students. We were pleased to congratulate Dr Alysia Blackham, whose book was recently named runner-up in the UK Society of Legal Scholars Peter Birks Prize for Outstanding Legal Scholarship. This is the second year in a row an MLS academic has been recognised by this prestigious award, following Jason Varuhas’ win in 2016. We also congratulate Associate Professor Kristen Rundle, who was awarded the Woodward Medal for her book Forms Liberate: Reclaiming the Jurisprudence of Lon L Fuller. Such achievements are testament to the hardworking and talented academic community here at MLS.

The recruitment process for our new Dean is well underway, with an international search firm appointed to find the right candidate for this role. We will continue to update you as this process progresses.

I thank you for your continuing involvement with and contribution to the MLS community. We wish you all the best for a safe and happy holiday season and a prosperous 2018.