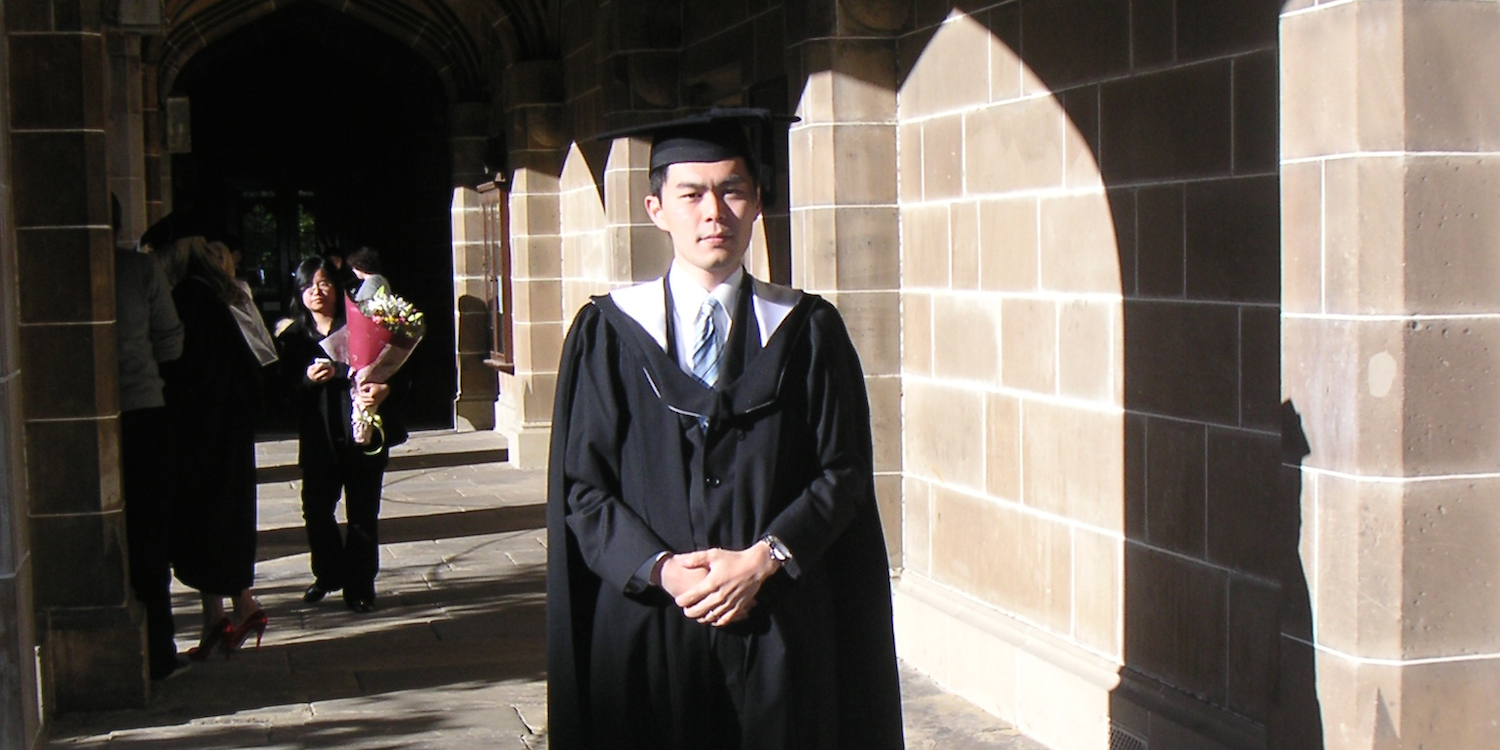 Masatoshi Suzuki is one of the first batch of students to graduate from the Juris Doctor program at Melbourne Law School. With his experience in different legal traditions, his ability to work across borders and his international education, Suzuki epitomises the changing profile of today's law graduates.

As the practice of law is being re-shaped by trends happening in the world today, the Law School is looking closely at how it educates the lawyers of the future.

Professor Pip Nicholson, Associate Dean (JD), says that with lawyers working in an increasingly global environment, the Law School is equipping its graduates with international and transnational legal training.

"We also want our students to be confident applying their skills across national boundaries and so make opportunities available to study abroad – ranging from two weeks  to two years – through elective subjects, international programs  and our degree partnerships with universities in Europe, North America and Asia."

Masatoshi Suzuki had set his sights on working internationally when he began his law degree at the University of Tokyo in Japan. However, he originally intended a career as a diplomat."I wanted to take on international problems. During my study of the LLB, I realised business was playing a significant role in developing economies and improving people's lives and I became more attracted to a career as an international commercial lawyer."

After four years practising as a commercial lawyer in a Japanese law firm, Suzuki decided that the JD program at Melbourne Law School would fully equip him to work internationally.

"At the time, Melbourne Law School was the only Group of Eight law school to have transformed into a fully graduate law school. I thought this showed its strong commitment to postgraduate education."

While meeting the challenges of living and studying in an English- speaking country, Suzuki also had to adjust to a new legal tradition.

"In Japan, law is very clear. Law is what is written in legislation. The process of application of the law starts with finding the appropriate provisions… It took time to get  used to common law legal thinking."

After studying Japanese law, Australian law and Chinese law, Suzuki now finds his experience of different legal traditions has given him a new perspective and the ability to work in a contemporary legal environment.

"I find these legal systems have a lot in common… and the legal issues arising from them are also similar. I can use my Japanese law knowledge to find and analyse legal issues in Australian law and Chinese law."

"I think that legal skills and knowledge are transferrable between different jurisdictions and, if you understand laws and transactions, you can work anywhere in the world, although you need to make some adjustment to the peculiarity of each legal system."

The Melbourne JD has given Suzuki a new direction. He plans to use his training to work as an international commercial lawyer in the Asia-Pacific region and contribute to improving the region's standard of living.

"I think commercial legal practice is not just about making a profit,  it is a way to improve society and people's lives through helping and facilitating commercial activities."