Kim Crow (LLB(Hons) 2010) is a member of the Australian rowing team and will compete in the women's double scull in the London 2012 Olympic Games. She is also a lawyer at Buchanan Law in Canberra. 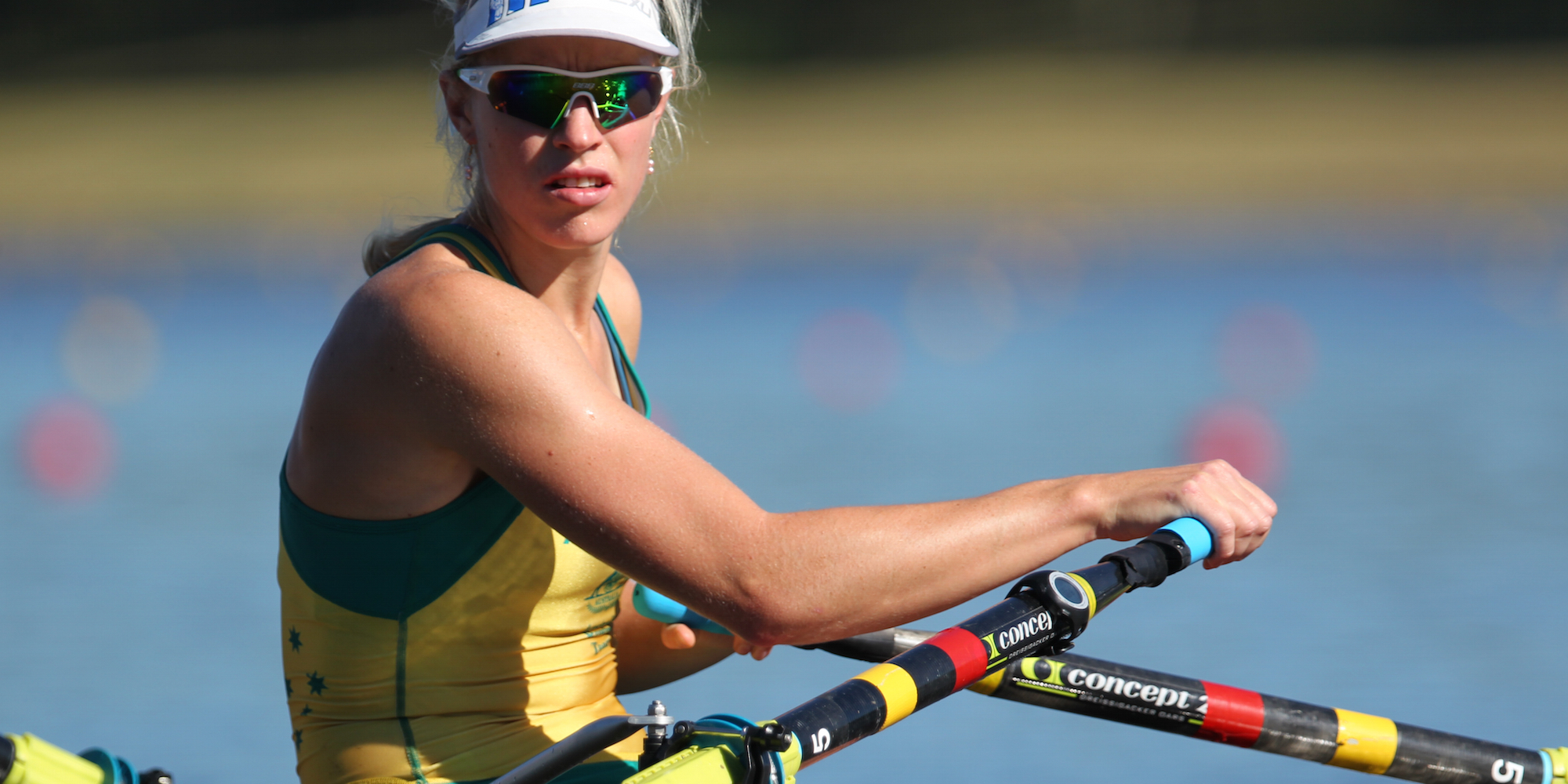 Growing up, what came first, the idea to become a lawyer or to be an Olympian?

An Olympian - by a long shot! I have vivid memories of watching the Barcelona Olympics and deciding that I wanted to "do that." By comparison, vocation-wise,  I had my heart set on being a journalist. I was one of those annoying students who only did law because I had the marks. Ironically, I very quickly fell in love with the law side of my studies and found something I was just as passionate about as sport.

I had a wonderful selection of lecturers in my first year who instilled in me a passion for learning, sharing, probing and reasoning. I have particularly fond memories of tort law, and navigating the grey area where there is no right or wrong, where values collide and the exception becomes the rule. Prior to university, my almost sole exposure to "the law" was TheCastle.Needless to say, the vibe of my studies was bigger, bolder and more complex than I could ever have hoped.

How do you balance a career as an elite athlete with a career in law?

The combination of working as a lawyer and rowing is not an easy one. Particularly as the Olympics draw closer, rowing becomes increasingly all-encompassing. We train between six to eight hours most days, and add to that physio, psychology, biomechanics and other appointments, my time becomes precious. We are able to manage my workload with realistic appraisals of timelines and flexible work practices that enable me to work remotely. The set-up is far from ideal, but so long as we focus on what I can offer, rather than what I can't, it can actually work quite well.

Did you ever feel that you needed to make a choice between competitive rowing and the law?

There has definitely been encouragement from both sides to "decide", however I'm a firm believer that one helps the other. I believe that I have a highly refined ability to concentrate, perform under pressure and embrace criticism/feedback – skills cultivated in a rowing boat that serve me very well in a work environment. I learn fast, I know how to "switch on", and one day, when I stop rowing at the elite level, I honestly believe I will have a lot to offer a law firm.

Law can be a competitive field and rowing is by nature competitive. Are you someone who thrives on challenges?

I do like a challenge, but more in the sense of a challenge pitting me against me. I have never really seen "success" as a comparative measure that can be played out against others. I get satisfaction from knowing I have performed – whether at work or on the water – to the best of my ability at that given point in time. I also get satisfaction from seeing those around me reach their own goals. Not everything needs to be competitive.

What's the one thing that you love about rowing?

Very difficult to choose one, but it would be a close call between the camaraderie and the requirement innate within the sport for practice, practice and more practice. Rowing is one of those sports that rewards those who persist.

And about working in the law?

Again, a combination of the witty humour and intellect  of the people I work with, and the challenge of navigating the grey area where right and wrong collide.

Kim Crow is an alumna of Melbourne Law School. She won the Joan Rosanove QC Memorial Prize for 2010,awarded to the highest-ranked female LLB student.