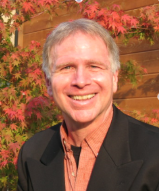 Modern-day Japan may be known as a country with centralized authority, but that was not always so. Much of the 15th, 16th, and 17th centuries involved regional leaders known as daimyo (literal translation: big names) resisting centralization of power. The era is known as the Warring States Period. The current era of coronavirus is showing similar clashes.

The effective control exercised by the Kamakura bakufu, established in the late 12th century, had weakened under its successor, the Ashikaga shogunate. Many daimyo felt little desire to share their wealth and influence with any one overarching power holder. Moreover, considering the difficulty of transportation and communication at that time, independent-minded daimyo believed they could hold their own against any single group that would seek to exert influence across the entire archipelago.

Everything unraveled with the outbreak of the Onin War in 1467.  A series of warlords, none of whom had an aversion to blood, tried to put the pieces together. Oda Nobunaga tried but fell short. Toyotomi Hideyoshi went next. He came close. Finally, Tokugawa Ieyasu succeeded, prevailing in the Battle of Sekigahara (1600), which pitted East against West, and established the Tokugawa bakufu by 1603. The Tokugawa period lasted until the “restoration” of power to the Emperor in 1868.

The point of this review of history is to show that the Japanese are neither culturally nor historically disposed toward strong central authority. To the contrary; centralization was only accomplished through violence and coercion. The actions of the national government leading up to and through World War II provided Japanese in the 20th century with yet another set of reasons to have misgivings about concentrated authority.

Despite this, when the postwar Constitution was written (largely by the American occupation authorities), the national legislature—the Diet—was designated “the highest organ of state power [and] the sole law-making organ of the State.” (Article 41)

The Constitution did, however, pay lip service to some sort of regional power. Chapter VIII deals with what it calls “Local Self-Government.” The power of such entities, however, is not constitutionally hardwired. Rather, it depends on a grant “fixed by law in accordance with the principle of local autonomy” (whatever that may be) (Article 92).  Article 94 also grants local entities the authority “to manage their property, affairs and administration and to enact their own regulations” but again “within law.”

Prefectural governors occasionally take a stand against decisions imposed by the denizens of  Kasumigaseki, the area of Tokyo where national government offices are concentrated, but they rarely win. Their long-game strategy is often to incite public opinion against the national authorities, demonstrating a political threat to the party in power (almost always the Liberal Democratic Party). The message is, if you push this through, your candidates in this prefecture will pay the price in the next election.

All this, of course, is quite different from the systems of federalism in countries like the Australia, Canada, the United States, and Germany. In those places, state or provincial governments have their own constitutionally created powers that do not depend on federal consent. The question is not whether such power exists but rather what its boundaries are. Thus, in the United States, since the outbreak of COVID-19, almost every day has brought some sort of battle between the President and various governors as to who has authority and who has responsibility. The President himself has sometimes sided with the states in opposing policies promulgated by his own staff and at other times has pushed against states that oppose his prescriptions.

In Japan, the Diet exercised its authority as the “sole law-making organ of the State” and passed a law in March that gave the Prime Minister authority to declare a state of emergency regarding the coronavirus. It allowed him to invoke the provisions of a 2013 law to specify places and a timeframe for implementation. That, in turn, would give governors temporary authority to fashion restriction requests for residents. The central government, however, expected to be in on the deliberations.

The Prime Minister, Shinzo Abe, waited until April 7th to make a declaration for seven prefectures in three urban regions (Tokyo, Osaka, and Fukuoka) and until April 16th to extend the state of emergency to the entire country.  The law envisions using social pressure to bring people to adhere to restrictions; it does not provide for penalties to accompany enforcement. The Diet certainly could pass a law that allows for penalties, but it refrained from doing so, and the Prime Minister refrained from asking it to. One reason is the public “memory” of oppression of civilians by the kenpeitai, the military police in the early and mid-20th century.

Another likely reason is strategic. By demurring in this way, the Prime Minister and the Liberal Democratic Party have raised the possibility of a need to amend the Constitution to allow for enforcement power in future crises. Constitutional amendment is one of their long-cherished goals, primarily to eliminate the restrictions on the military in Article 9. The public does not broadly share their enthusiasm. Thus, a perceived need for an emergency power provision could be a convenient device for opening a door to revision that has remained locked. The fact is, though, the current Constitution already gives the government the power to pass such legislation if it so wishes. Lawrence Repeta has observed that the government had no problem enforcing restrictions around the Fukushima nuclear power plant following the meltdowns of 2011.1 No constitutional amendment was necessary.

The ambivalence of the Prime Minister, coupled with the hazy nature of the law, has led some governors to rush to fill a perceived void. Most notably: the governor of Tokyo, Yuriko Koike. Tokyo is the equivalent of a prefecture, but it is much more than that. 14 million people live within its boundaries (and within Koike’s direct authority). The urban area that extends beyond it, into other prefectures, totals 38 million people—almost 1/3 of the entire country’s population. Thus, when it comes to governors, the governor of Tokyo is first among equals by a wide margin.

While Abe equivocated, Koike spoke forthrightly.2 She wanted businesses to suspend operations relatively early on. Abe’s office wanted a delay. After negotiations, she eventually got to issue her closure request but with numerous exceptions, causing her to complain that she was being treated like a middle manager. Since that time, she has continued to hold regular press briefings, featuring concrete information and statistics. The national government, by contrast, has come off as ineffective and uncertain. A national project to dispatch two masks to every household was widely ridiculed when the first masks were seen as too small and too dirty. Even by late May, many households had not seen one at all.

Similarly, a supplemental budget plan to deliver ￥300,000 in financial aid only to those in need was revised after objections by a coalition partner of the LDP. The new version provides a blanket grant of ￥100,000 per household. That program, too, has come in for criticism. Administration, for the most part, was foisted upon local government offices, many of which have not yet been able to get the application forms (let alone the money) in the hands of residents. People who have obtained a (noncompulsory) national i.d. card can bypass the local office and apply for the grant on line. Those who apply for an i.d. card now (late May), however, face a wait of several weeks. Thus, the aid—for the most part—has not reached people in a timely fashion.

Koike is not the only governor to speak up. Sensing an opening, others have taken the initiative, with different perspectives. The governor of Hokkaido declared an emergency in February, well ahead of the national government. Some of the earliest cases in Japan (aside from the Diamond Princess cruise ship that was docked off Yokohama) came from that northernmost prefecture. Moreover, visitors returning from Hokkaido accounted for several early cases in Thailand.

The governor of Wakayama, in the western part of the country, also struck quickly, embarking on a test-and-trace program that came to be known as the Wakayama model. The governor of Osaka proposed an Osaka model, aimed at reopening businesses more expeditiously. The initiative fit nicely with Osaka’s affinity for poking the nose of officious bureaucrats and national policymakers at any opportunity.

The goals and perspectives of the prefectural governments have differed: some wanted to be stricter than the Prime Minister; others wanted to move more quickly to relax restrictions. What ties them together, though, is the belief that the prefectures—closer to the people and local conditions—are in a better position to make decisions.

Will this rise of regionalism continue beyond the pandemic, or will it prove to be an isolated episode? Japan’s national government is often criticized for sclerotic decision-making and outdated policies that remain in place until events overtake them. Should the pandemic lead to more horizontal policymaking, informed by a wider array of thinkers and experiences, this crisis—bad as it is—will not have gone to waste.

2  She even uploaded a YouTube video in English, available at: https://www.youtube.com/watch?v=GARtj92EmBc