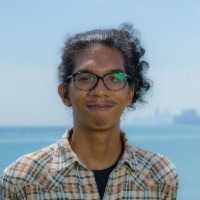 An Ontological Struggle: Islamic Political Theology and the Criminalization of Same-Sex Sexualities in Indonesia

Febi R. Ramadhan is a PhD candidate in the Department of Anthropology at Northwestern University. He is also pursuing two graduate certificates in gender and sexuality studies and global politics and religion. He holds a bachelor’s degree in social anthropology from the Universitas Indonesia and a master’s degree in cultural anthropology from Northwestern University. He has worked as a researcher in the Center for Gender and Sexuality Studies at the Universitas Indonesia, and the National Commission on Violence against Women. His research interests are the politics of sexuality, heteronormativity, and Islam in Indonesia.

An Ontological Struggle: Islamic Political Theology and the Criminalization of Same-Sex Sexualities in Indonesia

This paper examines the legal efforts of conservative Muslim movements (i.e., AILA and GIB) in Indonesia to criminalize same-sex sexualities between consenting adults. These are epitomized by the 2016 Judicial Review of the Indonesian Penal Code in the Constitutional Court and continuous resistance to the legislation of the Sexual Violence Bill. I argue that conservative Muslim movements’ efforts to criminalize sexuality in Indonesia are an exercise in Islamic political theology that revolves around a certain ontology of personhood that assumes the relationships that “the human” has with God, the state, and the nation. This is apparent in the consrvatives’ assertion of an intrinsic difference between sexual violence (“kekerasan seksual”) vs. sexual crime (“kejahatan seksual”).