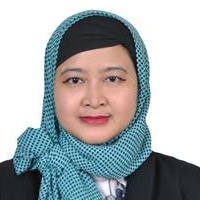 Muslim Women in Public Life: Navigating Between Patriarchy and Equality

Stania Puspawardhani is a PhD candidate at the Graduate School of Natural Resources and Environmental Management Sciences (NREMS), IPB University, Indonesia. She received BSc in Biology from Bandung Institute of Technology and MSc in American Studies from University of Indonesia.

Muslim Women in Public Life: Navigating Between Patriarchy and Equality

In Indonesia, women face barriers to participate in public life. The National Commission for Eradication of Violence against Women recorded at least 421 regulations that deemed discriminatory to womyn, including curfew for womyn, certain dress code obligations and ban for trans-women to work in beauty salon. These discriminatory laws often dubbed as “Syariah Law” derived from patriarchal interpretation of Islamic teachings. How does Islam see woman? We are going to take a look at the Islamic framework on gender and historical evidence of Muslim women that actively participate in public life.