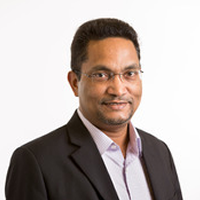 Responses to Covid-19 and Islamic Thought

Professor Saeed is currently Sultan of Oman Professor of Arab and Islamic Studies (since 2004), the Director of the National Centre for Contemporary Islamic Studies and the Convenor of Islamic Studies at the University of Melbourne. He is an active researcher, focusing on one of the most important issues in Islamic thought today: the negotiation of text and context, ijtihad and interpretation.

He is a strong advocate of reform of Islamic thought and is frequently asked to present at events both nationally and internationally. He also participates in training courses on Islamic issues to community leaders and government agencies in Australia and abroad. Of particular interest, given the current climate, is the promotion of inter-religious initiatives. He regularly engages with the Muslim, Christian and Jewish communities at national and international symposia to enhance community understandings of Islam, Islamic thought and Muslim societies. He has authored and edited numerous works. His recent publications include, Human Rights and Islam: An Introduction to Key Debates between Islamic Law and International Human Rights Law, Edward Elgar, 2018; Reading the Qur'an in the Twentieth Century: Towards a Contextualist Approach, Routledge, 2014; Islam and Human Rights (edited, Edward Elgar, 2012); Islamic Political Thought and Governance (edited, Routledge, 2010); The Qur'an: an introduction, Routledge, 2008; Islamic Thought: an introduction, Routledge, 2006; Interpreting the Qur'an: Towards a Contemporary Approach, Routledge, 2006; Approaches to the Qur'an in Contemporary Indonesia (editor), Oxford University Press, 2005; Freedom of Religion, Apostasy and Islam (co-author), Ashgate, 2004; Islam in Australia, Allen & Unwin, 2003; Islamic Banking and Interest: A Study of the Prohibition of Riba and its Contemporary Interpretation, EJ Brill, 1996. In addition to his strong research focus, Professor Saeed continues to teach Islamic studies at undergraduate and postgraduate levels and supervise postgraduate students.

Professor Saeed is the Foundation Chair of the Sultan of Oman Endowed Chair in Arab and Islamic Studies at the University of Melbourne.

Responses to Covid-19 and Islamic Thought

This presentation will explore briefly a number of principles that Muslim religious leaders can use to develop new ideas for guiding their communities in dealing with emerging challenges such as Covid-19.