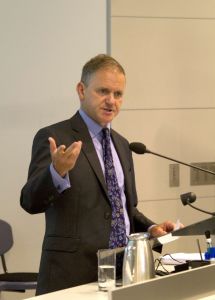 Abstract: Private claims for damages to compensate for losses caused by anti-competitive conduct have been a longstanding and, at times, controversial feature of United States’ competition law. In recent years, however, growing momentum in favour of private enforcement of competition law has been seen outside of the US, particularly in Europe. This development raises challenging questions of policy and practice, particularly in the context of collective redress. In Australia, there has been a recent spate of private actions in respect of major cartels.  However, some have argued that the hurdles are too high and that the system weighs too heavily in favour of public enforcement at the expense of compensation for victims of anti-competitive conduct.  Providing insights of great interest to the Australian debate, the Second Annual Baxt Lecture will see one of Europe’s leading competition law scholars address the questions raised by private enforcement based on recent European experience.