'The Institutional Design of Competition Authorities: International Debates and Trends'

Professor Frederic Jenny, ESSEC Business School in Paris, Judge at the Supreme Court of France (Cour de Cassation) and Chairman of the OECD Competition Law and Policy Committee (since 1994) 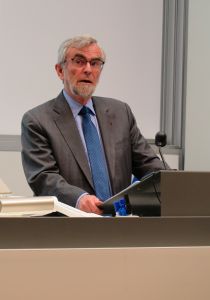 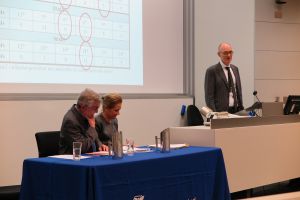 Abstract: The institutional design of competition authorities has attracted much attention in the recent years both in countries which follow an administrative model and in countries which have a prosecutorial model.In a large number of countries with an administrative model changes in the nature, structure, scope of intervention, governance or tools of competition authorities have been implemented or contemplated.

Heated debates on the optimal institutional design of competition authorities have taken place in many of these countries, including the United Kingdom, Spain, the Netherlands, Korea and Chinese Taipei. However, such discussions have also taken place in countries with a prosecutorial model – Australia among them, as seen in the recent and ongoing Competition Policy Review.

Dr Frédéric Jenny is Professor of Economics at ESSEC Business School in Paris, Judge at the Supreme Court of France (Cour de Cassation) and Chairman of the OECD Competition Law and Policy Committee (since 1994). He has studied in France and the United States and holds a Doctorat en sciences Economiques (University of Paris) and a Ph.D in economics ( Harvard University). He has written extensively on Industrial Organization, Competition law, Trade and Economic Development and has been a Visiting Professor at leading institutions, including University College, London, the University of Cape Town, Keio University, Tokyo and Wuhan University in China. Dr Jenny has consulted to governments and competition authorities around the world and has held numerous positions on national and international advisory and editorial boards.  He has been awarded France's highest honour, as an Officier, Ordre de la Légion d'Honneur.